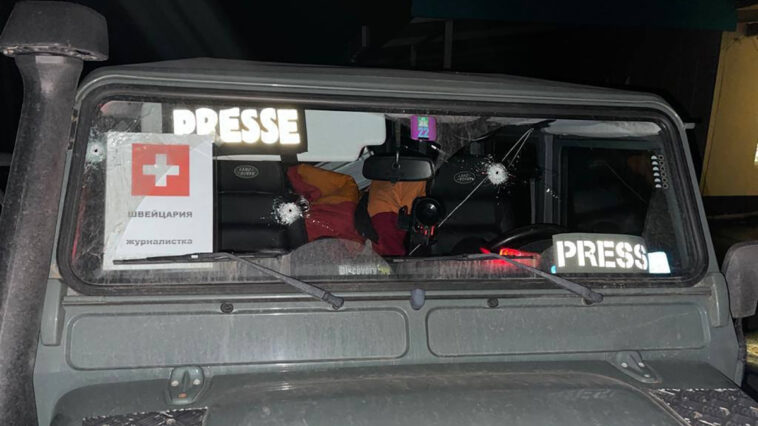 The event was reported by Mariia Chorna, the Head of Kirovohrad Regional Military Administration.

According to the Head, at night the foreign journalist Guillaume Briquet came to the Kropyvnytskyi hospital, after he had been fired by the RF military not far from Vodiano-Loryne, Mykolaiv oblast.

As the journalist informed, after he crossed the Ukrainian block-post at the Premiera-Oil petrol station, he drove southward by his official car, and in a couple of minutess Russia’s occupational military shelled the journalist at close range.

They could accurately and clearly see that it was the press vehicle as the car was properly marked.

Right after being fired, he pulled over. The RF army militants approached him, introduced themselves and searched the journalist. They stole his passport, € 3000 in cash, personal staff, helmet, footages and laptop.  Afterwards, the journalist was released, he got into the car and drove towards Kropyvnytskyi to receive medical treatment.