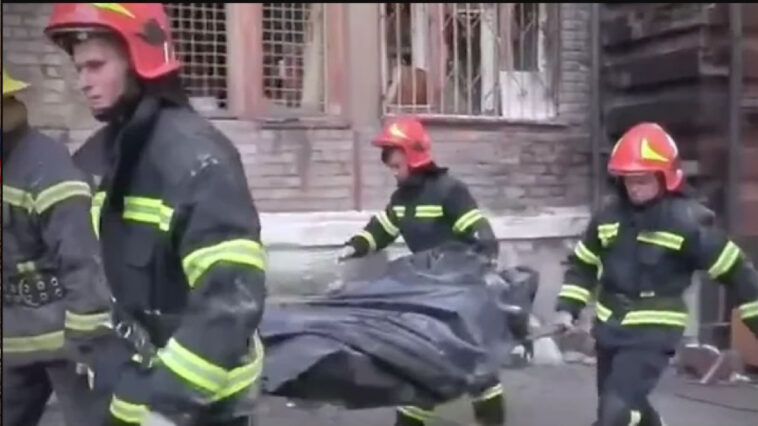 In Mariupol, about 70 bodies were found during the dismantling of debris on the territory of the former Oktyabr factory. Blockages are dismantled by the servicemen of the Ministry of Emergency Situations of Russia on Kuindzhi street. They were taken out and dumped in a mass grave.

Petro Andriushchenko, adviser to the mayor of Mariupol, told about it in his Telegram channel.

As a result of the shelling of the building by the Russian military, people were locked in the basement.

According to Andriushchenko, bodies of the victims were packed in plastic bags and taken away for burial in a mass grave in the village of Staryi Krym. The victims were not identified. According to local authorities, given the condition of the bodies, there was simply nothing to identify.The occupiers continue to dismantle the debris in the almost completely destroyed Mariupol. On May 24, during the dismantling of the blockages of a high-rise building, approximately 200 bodies of Mariupol residents were found in the basement.