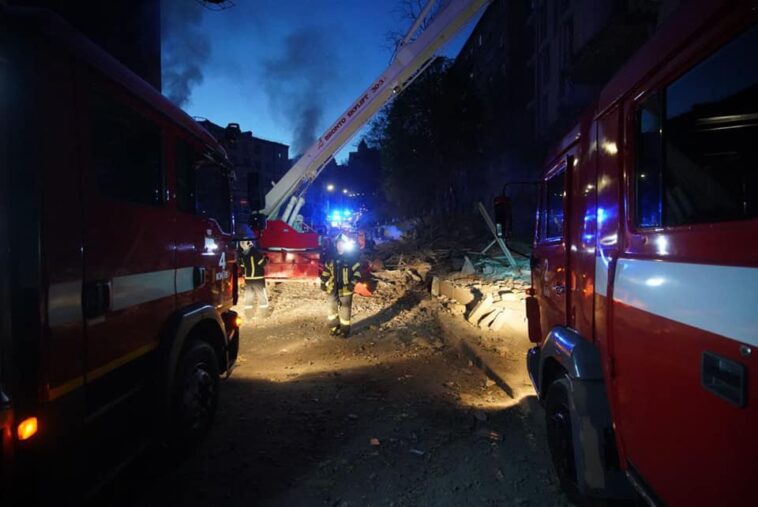 Radio Liberty journalist killed in air strike in Kyiv. Radio Liberty journalist, producer Vira Hyrych was killed as a Russian missile strike hit the residential building where she lived in Kyiv. Her body was found on the morning of April 29 in the rubble of the building struck by a Russian missile the night before. The attack came immediately after President Zelenskyi ended talks with UN Secretary-General António Guterres in Kyiv.

The Russian Defense Ministry said it destroyed the production facilities of the space-rocket plant Artem in Kyiv with high precision long-range missiles.

“I appeal to the Turkish people, and to the Turkish President to extract the Mariupol garrison to Turkey, get us out of Azovstal with Turkey’s security guarantees. We count a lot on your help.”

President Zelenskyi told Polish media: “International institutions sometimes act slowly. Sometimes there is a lack of evidence to hold people liable. There are witnesses. Russians use mobile crematoria to remove all traces.”

“Yet [the investigators] search and find. There were so many killed. They burned part of the corpses in crematoria. Another mass grave in Kyiv region was discovered with 900 people.”

“No one knows how many people were killed. The perpetrators will face the consequences, there will be an investigation and a census. We need to identify all those people.”

On April 23, Major of Bucha Anatoliy Fedoruk said that 412 civilians killed by Russian troops were buried in mass graves.

Investigators found 1,100 bodies of civilians in mass graves in Kyiv suburbs that were occupied by Russian forces in March.

Ukraine in Flames #50: Violence against women as a part of Russian war doctrine

A 14-year-old girl from Bucha was raped by five Russian occupiers. She is now pregnant and plans to leave a child whose biological father is an occupier and a rapist. This story was told by psychologist Oleksandra Kvitko who works on a psychological assistance hotline arranged by Ombudswoman Lyudmila Denisova.

As of April 26, the ombudswoman’s hotline had received 103 reports of sexual crimes in Ukraine’s newly liberated territories. The victims include not only women, but also men and young children. The youngest victim, with whom Oleksandra has worked, is 10 years old.

In total, only 12 cases of forced pregnancy among rape victims are known so far, but there are actually more – only a small percentage of victims are ready to tell what happened to them, Ombudswoman Lyudmila Denisova told Radio Svoboda.

Sexual violence has become one of the shameful tools of Russians to try to harm the Ukrainian population. Stories of the rape of women, girls and even children became known after the deoccupation of the invaders’ territories. Cases of rape by the occupiers have already begun to be investigated in four regions of Ukraine. However, many victims do not seek help and do not report crimes to law enforcement.

In Ukraine in Flames #50 we will find out why Russia is using violence against women as a tool of its military machine and how the world can help to stop it now.