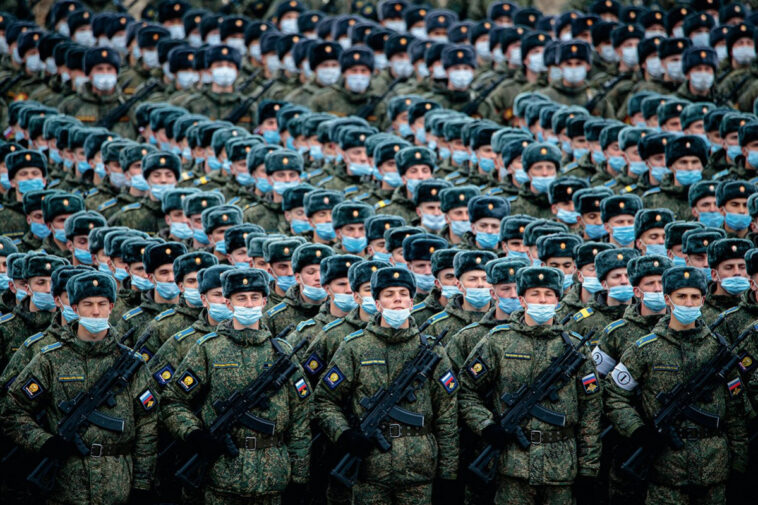 The situation in the combat zone is tense, but controlled. On November 28, Russia-backed militants carried out one attack from weapons banned under the Minsk agreements, Ukraine’s Joint Forces reported.

A fresh piece by Ukrainian journalist Olga Tokariuk for the Center for European Policy Analysis comes amid the heated debates on Russia’s possible military incursion into Ukraine and the stance that the West needs to take. Earlier this month, Politico published an opinion piece calling on the Biden administration to push Ukraine, not Russia to step back.

Ukraine is not as weak, as Russia’s propaganda suggests, and that irritates Putin, Olga Tokariuk says. Ukrainians have seen with their own eyes what happened to occupied parts in Donbas and Crimea. They are ready to resist and defend themselves against Russia’s occupying troops. Breaking Ukrainians’ spirit would require an unprecedented level of terror, Tokariuk says.

Ukrainians will resist Russian aggression. The only question is whether the West will help.

Why Holodomor of 1932–1933 was a genocide against Ukrainians

An infographic by UCMC’s Hybrid Warfare Analytical Group digs in.

Five facts on television in Russia

On the night of November 22 into November 23, the IMF’s executive board approved a disbursement to Ukraine of the second tranche from a stand-by arrangement program agreed in June 2020. The funds came into the treasury of Ukraine following a review of Ukraine’s performance under the program and further commitments by the Ukrainian government.

The IMF extended the program through to June 2022. The previous ending date of December 2021 would have cut Ukraine off from receiving another installment of more than USD two billion.

The IMF tranche was delayed for more than a year.

Ukraine’s performance to receive USD 700 million. Arrival of USD 699 million marks the IMF’s first disbursement from the program in the past 1.5 years. In the summer of 2021, the IMF distributed an allocation of Special Drawing Rights worth of USD 650 billion to support pandemic response by low and middle-income countries. Ukraine received USD 2.7 billion.

The additional disbursement did not change Ukraine’s commitments under the program. Ahead of distribution of the second allocation, the IMF and the Ukrainian government agreed on a series of policy priorities.

On October 19, 2021, the next day after the IMF completed its mission, the Ukrainian Parliament passed the bills that conditioned approval of the tranche.

First, the bills maintain autonomy and governance of the central bank, limit the powers of the Council of the National Bank, remove legal counseling services requested by the bank from the scope of action of the public procurement law, and lift the requirement to submit revenue forecast to the government in the view of the budget revenue planning.

Second, the bill aligns the National Anti-Corruption Bureau with the Constitution.

Third, the bill on the 2022 budget adopted in the first reading cements the 3.5 per cent deficit of GDP, a government’s commitment to balance fiscal policy.

Ukraine’s commitments to secure next tranches. Ukraine will receive its next IMF tranches in March and June 2022. The Ukrainian government committed to a number of policy priorities.

By the end of November 2021, Ukraine is expected to approve a 2022 budget targeting a general government deficit of 3.5 percent of GDP (UAH 188 billion, approx. USD 6.9 billion).

The government is to report on the remaining portion of funds spent out of the Covid-related spending program by the end of December 2021. The State Audit Service has not released a report yet.

By the end of January 2022, the Cabinet of Ministers will endorse a roadmap for partial or full privatization of PrivatBank and Oschadbank, in a move to attract reputable international investors.

Ukraine is to adopt and publish a comprehensive asset recovery strategy paper and action plan by the end of February 2022. The government is to improve selection procedures of the officials in the Special Anti-Corruption Prosecutor’s Office. The seat of the SAPO head has been vacant since 2020. Another IMF’s benchmark is a consumer database available to all gas suppliers, so that new suppliers are able to bill households. The goal is to create a more competitive market and ease consumer’s transition between gas suppliers.

By the end of May 2022, the government has to take state-owned Energoatom through a corporate reform – appoint a supervisory board with a majority of independent members selected through a transparent procedure.

By the end of April 2022, integrity check of members of the High Council of Justice in line with a law adopted in July is to be completed.

The government will not substitute the current corporate profit tax for an exit capital tax as earlier promised by President Zelenskyi during the presidential race.

The pace of new coronavirus infection is falling in Ukraine that saw the impact of the Delta variant. On November 28, Ukraine recorded 5,804 cases, 297 deaths, and 10,477 recoveries. Hospitalized were 2,082 people with suspected or confirmed Covid-19. On November 27, the number of coronavirus deaths hit 400, giving Ukraine the second-highest total in the world.