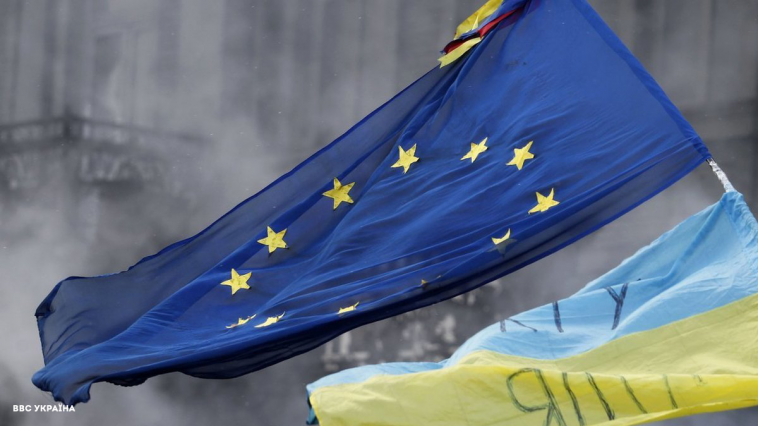 The situation in the combat zone in eastern Ukraine is tense. On April 4, the Ukrainian troops recorded one attack by Russia-backed militants. The situation is under control, Ukraine’s Joint Forces command reported.

Last week, the OSCE Special Monitoring Mission (SMM) to Ukraine recorded a more than tenfold increase in the number of ceasefire violations in Donbas. On April 2, the OSCE SMM recorded a total of 1,021 ceasefire violations in the combat zone including over 500 explosions.  Last week, we covered the escalation in Donbas and the threat of a new wave of violence by Russia: “Russia masses troops near Ukraine border. A war to come?”

Russian media synchronize efforts to actively spread a fake news piece saying that the Ukrainian troops killed a child in the occupied area in Donbas.

The fake news piece was spotted by blogger Oleksandr Kovalenko, reports “Censor.net” media outlet. “Russian propagandists spread a fake news piece saying that the incident took place in the village Oleksandrivske, near Donetsk (in the occupied area). They purposefully confused it with the near-front village Oleksandrivka located in the government-controlled area. Oleksandrivske, where the tragic incident happened, is located in the rear area of the occupation forces. That’s not possible for an unmanned aerial vehicle of the Ukrainian Armed Forces to reach that far.”

StopFake contacted a person in Oleksandrivske who confirmed that the child was killed by the explosion of ordnance that happened inside a house.

“By confusing the village names, the occupation forces tried to hide the crime – the child’s death, and blame it on the Ukrainian Armed Forces. I do not rule out that the provocation is part of the escalation and will scale up,” the blogger proceeds.

Biden talks to Zelenskyi: what was the call about?

On April 2, the U.S. President Joe Biden held the first phone call with the President of Ukraine Volodymyr Zelenskyi.

The conversation took place amid the escalation in Donbas. According to the White House readout of the call, President Biden affirmed the United States’ unwavering support for Ukraine’s sovereignty and territorial integrity in the face of Russia’s ongoing aggression in the Donbas and Crimea. He emphasized his administration’s commitment to revitalize the strategic partnership in support of President Zelenskyi’s plan to tackle corruption and implement a reform agenda.

The leaders spoke for 30 to 40 minutes, “Politico” reported, citing a person with knowledge of the call. The conversation took place amid reports of a Russian military buildup in eastern Ukraine. The leaders also discussed Zelenskyi’s anti-corruption efforts.

According to the Ukrainian media outlet “Ukrainska Pravda” that cites a “well-informed source in the President’s immediate circle”, the leaders discussed the situation in Donbas in the first place.

According to the Office of the President of Ukraine, Zelenskyi also spoke of the Crimean Platform initiative and the upcoming first summit.

“Today, the Crimean Platform is the only framework in which to address the restoration of sovereignty over Crimea and the need to protect the rights of Ukrainians in the occupied peninsula,” president Zelenskyi is quoted as saying. He also invited President Biden to take part in the initiative’s founding summit and visit Ukraine on Independence Day, the readout of the call released by the Office of the President of Ukraine states.

In a phone call with the Foreign Affairs Minister of Ukraine Dmytro Kuleba, the High Representative of the EU for Foreign Affairs and Security Policy Josep Borrell pledged the EU support for the sovereignty and territorial integrity of Ukraine against a backdrop of mounting tensions in Donbas.

“Key issue of our call today with Josep Borrell was Russia’s aggravation of the security situation. ‘EU is behind you’, Josep Borrell said expressing support of Ukraine’s sovereignty and territorial integrity, and invited me to take part in EU Foreign Affairs Council on April 19,” Foreign Minister Kuleba twitted.

On April 2, the National Security and Defense Council of Ukraine rolled out individual sanctions on “Ukraine’s ten largest smugglers”. Also, the Council adopted the decision ordering temporary suspension from office of over 100 employees of the State Customs Service including 17 directors of the regional customs offices and customs posts.

The sanctions include a freeze of accounts and assets, trade restrictions, suspension and revocation of licenses etc.

In a video address, explaining the Council decision, President Zelenskyi said the individual sanctions are being imposed in Ukraine for the first time. Blocked are the assets of Ukraine’s 10 biggest smugglers identified by the Security Service and the National Security and Defense Council.

Customs revenue fails by UAH 150 billion (approx. USD 5.3 billion) annually due to the contraband and corruption, said Head of the State Customs Service Pavlo Riabikin in a recent interview to the “Radio NV”.

Sanctions against the Russian companies. The Council also imposed sanctions on 79 companies, 11 of which are Russian.

On April 4, 3,275 patients were hospitalized, and 1,752 persons were discharged. The new cases include 431 children, and 152 healthcare workers.

Strict lockdown. Ukraine is under an “adaptive quarantine”, where each region enacts its own restrictions based on the local coronavirus situation. The number of the “red zones” grows. Starting April 5, schools and kindergartens closed in Kyiv and Kyiv region. Public transportation services are only available to the critical infrastructure workers with a pass. The Kyiv City Council issues a limited number of the passes upon request.