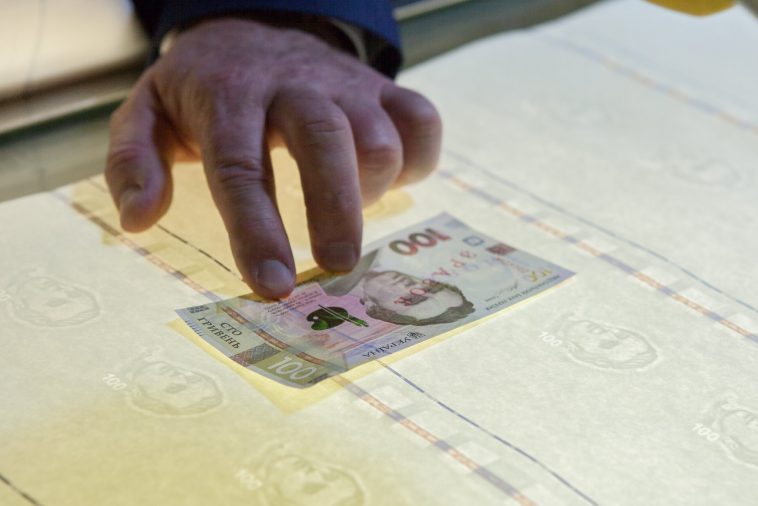 The situation in the combat zone remains tense. In the area of responsibility of the operational-tactic command “Skhid” (East), Russia-backed militants fired from Minsk-proscribed 82-mm mortars and heavy machine guns near Bohdanivka.

The law that opens up the land market and the “anti-Kolomoyskyi” law were the conditions that the International Monetary Fund (IMF) primarily demanded from Ukraine to provide the USD five billion bailout. Ukraine is nearing the loan that, nevertheless, comes on different terms and matches the needs that are different from the ones negotiated in the past nine months.

Stand-By Arrangement: 18 months, USD five billion. In the early hours of May 22, the International Monetary Fund released a statement that they had reached a staff-level agreement with the government of Ukraine on economic policies allowing for a new 18-month stand-by arrangement worth of USD five billion (equivalent to IMF’s 3.6 billion Special Drawing Rights). The agreement is subject to approval by the IMF Executive Board that is expected in the coming weeks.

First tranche of USD 1.9 billion made easy to cover budget deficit. The new stand-by arrangement is a short-term support program provided to a country in crisis for a maximum of 1.5 years – a period of time during which the country is expected to end the crisis. After the USD five billion loan is endorsed by the IMF’s Executive Board, Ukraine expects to get the first tranche of USD 1.9 billion immediately. Earlier the government was anticipating two tranches of USD 1.75 billion each in 2020, and a USD 1.5 billion tranche in 2021.

The loan can be used to cover budget deficit. IMF is to send its first tranches directly to the government budget. IMF loans are typically allocated to the international gold reserve of a borrowing country – a financial airbag securing that the funds will not be used to cover current expenditure. Sending the money directly to the State Treasury, the organization makes it available to cover the budget deficit that increased from UAH 100 billion (approx. USD 3.7 billion) to UAH 300 billion (approx. USD 11.2 billion) to meet the needs of fighting the coronavirus.

IMF demands reforms no more. Throughout the negotiation process, the IMF has changed the bailout format. The Ukrainian government started negotiating the Extended Fund Facility arrangement with the IMF last summer. In December 2019 the IMF and Ukraine reached the staff-level agreement on a three-year program. However, on May 7, 2020 the IMF announced a change in its Ukraine plans that translated into a Stand-By arrangement instead of the Extended Fund Facility.

Besides, the chosen cooperation format between the IMF and Ukraine will ease the access to loan’s tranches, as the stand-by arrangement is designed to provide financial support to governments in crisis and carries no obligations for them to hold complex structural reforms. Unlike the Extended Fund Facility that matches each tranche against actual results of economic transformations.

Charges in the murder of journalist Pavlo Sheremet were changed for all the three suspects in Pavlo Sheremet’s murder – Yulia Kuzmenko, Yana Duhar and Andriy Antonenko. Thus, statements on “ultranationalist ideas” and “magnificence of the Aryan race” were removed from the text, investigation now calls organizers unnamed persons, said Yulia Kuzmenko’s lawyer Taras Bezpalyi as quoted by “Ukrainska Pravda”.

Police earlier called Antonenko the organizer of the crime, describing his motives for committing the murder of Sheremet as “excitement about ultranationalist ideas” and desire to “cultivate the magnificence of the Aryan race”.

Antonenko is now charged as the executor of the crime, Kuzmenko and Duhar are named accomplices.

As per the updated police version, Kuzmenko just planted the explosive device under the journalist’s car, but did not set it off, as suggested earlier. Explosive was allegedly provided by unidentified persons.

Two additional articles were also added to the charges: on property damage (referring to Sheremet’s car) and unlawful possession of weapons (explosive that was planted).

Moreover, police announced that they finished the investigation. Sources say that they received a respective “top down” order, regardless of the fact that some investigators consider the evidence insufficient.

It’s now up to the Office of the Prosecutor General to decide if the evidence is enough to take the case to court.

To remind, last week President Zelenskyi commented on the Sheremet case, attributing the responsibility for it to the Interior Minister. (Read also: “President Zelenskyi’s press conference: one year in office”).

Investigators said Antonenko was the organizer of Sheremet’s murder. Being allegedly fond of “radical nationalist ideas”, he decided to create an armed group to kill Sheremet. Antonenko included Kuzmenko and Duhar in the group. The latter, as per the investigators, was holding “reconnaissance” outside Sheremet’s house, taking pictures with her cell phone of security cameras around what would later become the crime scene. Investigators thought Kumenko planted explosive under the car.

Journalist Pavlo Sheremet died on July 20, 2016 at 7:45 am in a car explosion. He was on his way to work – he hosted a morning radio show. High-level officials have publicly claimed that bringing justice in Sheremet’s case is “a matter of honor”. Police worked on the case for 3.5 years to no avail, even though they have interrogated over a thousand persons and examined over 150 terabytes of footage from outdoor security cameras.

Coronavirus: What’s going on in the occupied territories of Donbas?

Culture: “Literature to Export”, the online program of the Book Arsenal fair

Book Arsenal is the biggest literary festival in Eastern Europe, last year it won the Literary Festival Award – an international excellence award of the London Book Fair. The 2020 edition was postponed until 2021 due to the coronavirus pandemic. Still, the festival took online its professional section for publishers, literary professionals and translators, in a move to solidify the book market and promote Ukraine’s culture abroad.

Since the first case of coronavirus was reported in Ukraine, 21,245 cases of COVID-19 have been diagnosed, 7,234 patients recovered, 623 deaths were recorded. On the last day, 259 new cases were diagnosed, and six deaths recorded.

Meanwhile, effective May 11 the government started easing the lockdown. On May 22 public transport services reopened, followed by metro on May 25.