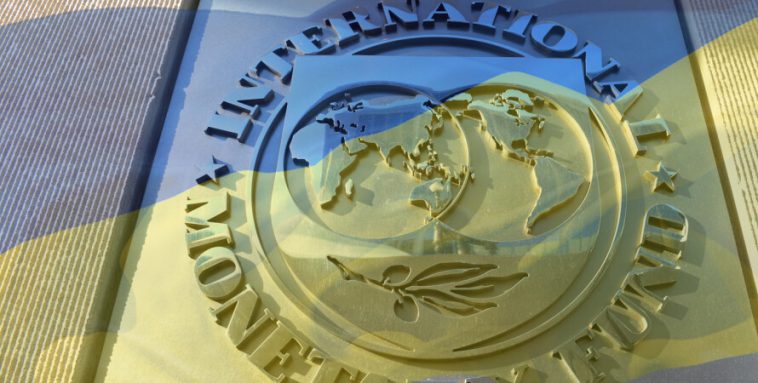 The situation in the combat zone in Donbas is turbulent. On February 14, three Ukrainian troops were killed, hit by an explosive device. Ukraine’s Joint Forces recorded three hostile attacks that same day. Thus, Russia-backed militants fired near Vodiane, in the Azov Sea area, and Novooleksandrivka, the Joint Forces command reported.

Putin’s statement. “We will not abandon Donbas, whatever it takes,” the President of the Russian Federation Vladimir Putin is quoted as saying in a fragment of the television interview aired by “Rossiya 24” channel on Sunday. Earlier, Putin sat down with chief editors of some Russian media.

Ukraine’s Foreign Affairs Ministry responds. “The Kremlin must stop deceiving the civilized world with groundless claims that Russia is not a party to the conflict,” the statement issued by the Foreign Affairs Ministry of Ukraine reads. Persistent attempts of the Russian officials to portray Russia as an intermediary in the peace process in Donbas cause indignation, the Ministry proceeds.

Prospects of the Minsk agreements: implemented or discontinued? – discussion at UCMC

February 12 marks six years since the Minsk protocol was signed, its full name is “A set of measures to implement the Minsk agreements that were made in September, in order to achieve de-escalation of the armed conflict in eastern Ukraine.” On February 12, 2015, following hours of talks, the Normandy Four agreed the set of measures called to de-escalate the conflict. The document bears the signatures of the German Chancellor Angela Merkel, the President of France François Hollande, the President of Ukraine Petro Poroshenko, and the President of the Russian Federation Vladimir Putin. The leaders of Ukraine, France, Germany, and Russia also endorsed a declaration providing a framework for the so-called Normandy format of the negotiations on the conflict settlement in Donbas.

The Protocol signed in Minsk stopped the hot phase of Russia’s military aggression in Donbas. At the same time, true settlement of the situation in the region never happened. Today, parts of Donetsk and Luhansk regions remain occupied and are beyond the government control, while Russia continues to support and control the proxy administrations in the occupied territory exercising military and political pressure on Ukraine.

Ukraine Crisis Media Center held a public discussion to measure the implementation progress of the Minsk Agreements in the past six years, see if they’ve exhausted their potential, and learn if there are alternative ways to settle the military conflict in Donbas and if so, what they are.

Ukrainian politicians and diplomats, representatives of the Ukrainian delegation to the Trilateral Contact Group, and the Ambassador of France to Ukraine joined the discussion.

IMF ends mission to Ukraine with no deal on next tranche

The International Monetary Fund concludes a mission to Ukraine noting that more progress is needed to complete the first review of the Stand-By Arrangement.

On December 21-23 and January 11-12, through a series of remote meetings, the IMF team discussed with the Ukrainian authorities the progress of reform implementation that is part of the Stand-By Arrangement.

Central to the discussion was the National Bank governance, a legal and regulatory framework for banking supervision and resolution, policies to reduce the fiscal deficit in the medium-term perspective, draft laws to recreate and reinforce the anticorruption infrastructure and judiciary, as well as energy policy, the IMF said.

“The discussions were productive, but more progress is needed to support completion of the first review under the program. Discussions will continue,” the IMF Resident Representative in Ukraine Goesta Ljungman is quoted as saying.

Survey: in Ukraine, willingness to get coronavirus vaccine increases

Sixty-five per cent of Ukrainians are willing to get a COVID-19 vaccine, if it is available at no cost, is safe and efficient, a Gallup survey finds.

The research is part of Gallup’s global survey on the coronavirus crisis that polled 44,796 people in 47 countries. Throughout October-December 2020, the pollster surveyed a nationally representative sample of 1,000 men and women in each country by interviewers in-person, on the phone or via the internet. The margin of error of the survey is plus or minus 3-5 percentage points at the 95 per cent confidence level.

Countries with the five largest shares of people reluctant to receive a COVID-19 vaccine are North Macedonia (49 per cent), Russia (46 per cent), Bosnia and Herzegovina, and Kenya (44 per cent), Armenia (43 per cent), Switzerland and Serbia (39 per cent).

Countries with the five largest shares of those willing to get vaccinated are Vietnam (98 per cent), South Korea and Iraq (88 per cent), Thailand (87 per cent), India (85 per cent), and Malaysia (84 per cent).

Culture: Ukrainian film selected for the Generation competition at Berlinale

“Stop-Zemlia”, a fiction film by Kateryna Hornostai was selected for the competition section Generation 14plus of the Berlin International Film festival. In her feature debut, the Ukrainian film director turns her gaze toward the teenagers in an urban setting. “Life as a teenager can be overwhelmingly beautiful and difficult at the same time. (…) The Ukrainian director composes a deeply emotional and multi-layered portrait of a generation whilst seamlessly flowing between the fictional and the documental,” a synopsis by the Berlinale team suggests.

Kateryna Hornostai’s background is in documentary filmmaking. It’s no wonder that “Stop-Zemlia” casts non-professional teenage actors. The film production was supported by the Ukrainian Cultural Foundation and the Ukrainian State Film Agency. At the development stage, the feature was a success at the pitching sessions at the festivals in Cottbus, Tallinn, Karlovy Vary, Wroclaw, Wiesbaden, and Odesa.

In March, Berlinale’s competition program will be available to industry professionals, wider audience will see the line-up in theatres in June. Read one of the first film reviews, and follow the film’s path on the festival circuit on Facebook.

Vaccinations. Ukraine is to start vaccinations in the coming days. Ukraine is to receive 8-16 million doses of the COVID-19 vaccines through the COVAX facility, they should be enough to immunize four-eight million Ukrainians.

According to the Health Ministry, Ukraine will get 117 doses of the Pfizer-BionNTech COVID-19 vaccine in February, and 2.2-3.7 million doses of the Oxford-AstraZeneca vaccine in the first half of 2021.

Another one-million batch of doses of the AstraZeneca and Novavax vaccines is to be supplied as part of a larger 12-million dose contract.

The government set out a several-stage vaccination delivery plan. Between February and April 2021, 367,000 of people will be immunized, the priority groups include healthcare workers treating COVID-19 patients in hospitals and the military fighting in the frontline. Between April and May 2021, people aged over 80, and primary health care workers will get their shots (1.9 million people).