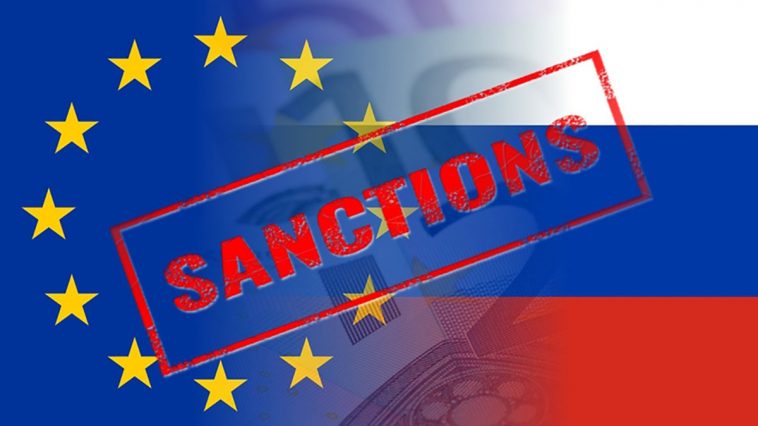 He said a full-scale offensive by Ukraine is unlikely, but assumed that “Zelenskyi may try to save his approval rating by ordering local combat actions.”

The Ukrainian troops reported a number of provocations by Russia-backed militants. “The adversary provoked the units of the Ukrainian Armed Forces to return fire, in a bid to bolster Russian narratives suggesting that the Ukrainian troops are readying for a military scenario,” the spokesperson of the Joint Forces command Anna Novitska said March 10. The situation is a clear sign of “escalation in the combat zone,” she added.

Convoys of military vehicles arriving in the occupied territory of Donetsk region from Russia, and recruitment of fighters were some of the updates released by the Eastern Human Rights Group on March 8.

“It seem that an offensive is being prepared, it looks like a conflict escalation,” the director of the Eastern Human Rights Group Vira Yastrebova told Hromadske. “In order to justify their aggression, they are staging an artificial situation. That’s what their goal is, it sits well with other developments in the occupied territory,” she added.

“The more the conflict escalates, the more the Russian political lobbyists in Ukraine will benefit,” the director of the Eastern Human Rights Group said.

Office of the President puts forward a peace plan. Germany, France, and Ukraine drafted a plan of the peace settlement in Donbas, and Russia is to provide a feedback, the Head of the Office of the President Andriy Yermak said on March 10. “At this stage, the peace plan is composed of the so-called clusters – activities in the spirit of the Minsk agreements and in line with the principles of international law. If agreed, they will lay the basis for a road map resulting in the peace settlement, sovereignty restoration, reintegration of the occupied territories in Ukraine, and local elections,” Yermak elaborated.

The Head of the Ukrainian delegation to the Trilateral Contact Group Leonid Kravchuk was explicit when commenting on the initiative: “The Ukrainian delegation will put forward a large number of proposals in support of the peace settlement scenario. Should the other party refuse, we’ll be left with the only option – to defend ourselves.”

The “clusters” could be the ultimate attempt by Ukraine and its western allies to strike a deal with Russia to restore Ukraine’s sovereignty over the occupied territories.

The Council of the European Union extended for another six months the sanctions against the individuals and legal entities that were first introduced in 2014 in response to Russia’s aggression against Ukraine. The sanctions will be extended “for a further six months until 15 September 2021,” the statement released by the Council reads.

The sanctions apply to 177 individuals and 48 entities. The existing restrictive measures provide for travel restrictions, the freezing of assets, and a ban on making funds or other economic resources available to the listed persons and entities.

The Minister of Foreign Affairs of Ukraine Dmytro Kuleba welcomed the decision by the Council of the EU: “EU sanctions should remain until Ukraine’s sovereignty and territorial integrity are fully restored. Russia must cease its aggression against Ukraine.”

In a video address released on March 11, President Zelenskyi highlighted the sanctions imposed on Medvedchuk and his television channels. The address was widely discussed by the expert community, politicians, and civil society representatives, and reignited lively debates on the talk-show circuit.

“Ukraine fights back.” The recent sanctions on Medvedchuk and his TV channels imposed by the National Security and Defense Council of Ukraine are the measures of legitimate self-defense that the Ukrainian state undertook against the enemy, President Zelenskyi said. “Firstly, we cut off the attempts to split Ukraine with propaganda and disinformation. On February 2, 2021, we blocked the assets of the individuals who would normally run businesses in the temporarily occupied territory of Ukraine and finance the disinformation battalions that attacked Ukrainians with salvos of lies and manipulations,” the President said. “On February 19, the assets were blocked, and the licenses and permits of the companies linked to Medvedchuk were annulled. (The decision) also orders to restore the state ownership of the oil pipeline ‘Prykarpatzakhidtrans’.”

U.S. sanctions Kolomoyskyi. On March 5, the United States imposed the sanctions on a Ukrainian oligarch Ihor Kolomoyskyi that make him ineligible for entry into the U.S. On March 4, the Atlantic Council published a piece by the press secretary of the President Yulia Mendel that underscores the commitment of Zelenskyi to end the domination of the oligarchs, as promised when campaigning. In the video address, Zelenskyi said:

“As to the sanctions introduced by the United States against the former owners of the PrivatBank, we support the decision. We are working to return the money in Ukraine and restore justice. We clearly see the difference between large businesses and oligarchy.”

“Names do not matter: whether it’s Medvedchuk, Kolomoyskyi, Poroshenko, Akhmetov, Pinchuk, Firtash or anyone else. Important is if one is ready to operate in a legal and transparent way, or if one prefers to continue creating monopolies, controlling media, pressuring MPs and civil servants. The former is welcome. The latter is coming to an end.”

Crimea and the Kharkiv accords. The Security and Defense Council tasked the Security Service of Ukraine to assess if the ratification of the so-called Kharkiv accords by the Parliament in April 27, 2010 was a high treason. The Kharkiv accords were concluded between Russia and Ukraine, and signed by then Presidents Dmitry Medvedev of Russia and Viktor Yanukovych of Ukraine. The accords covered a broad scope of the Ukrainian-Russian relations, but their most notorious outcome is the 25-year extension (from 2017 to 2042) of the agreement between Ukraine and the Russian Federation that sets the framework for the Russian Federation to station the Black Sea fleet in the territory of Ukraine. In return, Ukraine received a large discount on the Russian gas.

Having its fleet stationed in Ukraine, Russia annexed Crimea in 2014 more easily. The accords passed by a vote of 236. Rinat Akhmetov, Ihor Palytsia, Yuriy Ivaniushenko, and Vitaliy Khomutynnik were some of the MPs that cast their votes and are now under scrutiny by the Security and Defense Council.

“Yesterday, we finally did what was supposed to come out in 2014 – the National Strategy for De-Occupation and Reintegration of Crimea and Sevastopol was endorsed. I’d like to say to those who expected that Ukraine would forget about Crimea: forget it. At the same time, as we speak of de-occupation, it’s logical to figure out who conditioned the occupation and in what way. It’s not only about the year 2014, but also about the passing of the so-called Kharkiv accords,” Zelenskyi said.

Setting aside a clearly negative impact of the Kharkiv accords, there’s a number of controversial subjects involved. Firstly, holding criminally liable then MPs is not possible. Article 80 of the Constitution stipulates: “Members of the Parliament of Ukraine cannot be held legally liable for the voting results.” So, the request to the Security Service of Ukraine to start a criminal proceeding against the 236 MPs of the 6th convocation is no more than a PR gesture. Secondly, prospects of holding the MPs liable are questionable, as some of those on the list are actual MPs and even chair the committees. Ihor Palytsia (“For the Future” group, Za Maybutnie) is the secretary of the committee on finance, taxation, and customs policy, Serhiy Larin (“Opposition Platform – For Life” faction, Opozytsiyna Platforma – Za Zhyttia) is the secretary of the digital transformation committee, and Yulia Lyovochkina (“Opposition Platform – For Life” faction) is the deputy head of the committee on foreign policy and inter-parliamentary cooperation. Penalizing Palytsia would mean losing the support of the “For the Future” group that regularly casts votes for the bills promoted by the Office of the President. Larin and Lyovochkina are the immediate allies of Serhiy Lyovochkin. Political experts note that Lyovochkin has recently strengthened his impact on the Office of the President, so moves against him are quite unlikely.

Thirdly, among the MPs that voted for the Kharkiv accords is also Serhiy Hrynevetskyi, designated the Head of the Odesa regional state administration by President Zelenskyi on November 27, 2020.

Finally, there’s a risk that the investigation started by the Security and Defense Council may lead to Ruslan Demchenko, the First Deputy Head of the Council since June 16, 2020, and, according to media reports, head of the intelligence committee under the President of Ukraine. During Yanukovych’s presidency, Demchenko served as deputy and first deputy minister of foreign affairs and oversaw the Russian vector of Ukraine’s foreign policy. The Ministry of Foreign Affairs denies Demchenko’s involvement in the preparations of the Kharkiv accords.

The coronavirus situation in Ukraine is deteriorating, as the pace of increase in new infections and hospitalizations mounts. On March 15, Ukraine recorded 6,792 new COVID-19 cases including 326 children and 109 healthcare workers, 2,497 hospitalizations, 130 deaths, and 3,491 recoveries.

By the daily number of infections, Ukraine ranks ninth in the world and fifth in Europe.

On March 15, the Armed Forces reported 94 new cases, and nine hospitalisations. Since the vaccine rollout started, a total of 6,296 service members have received the shots, including 1,341 military medics.