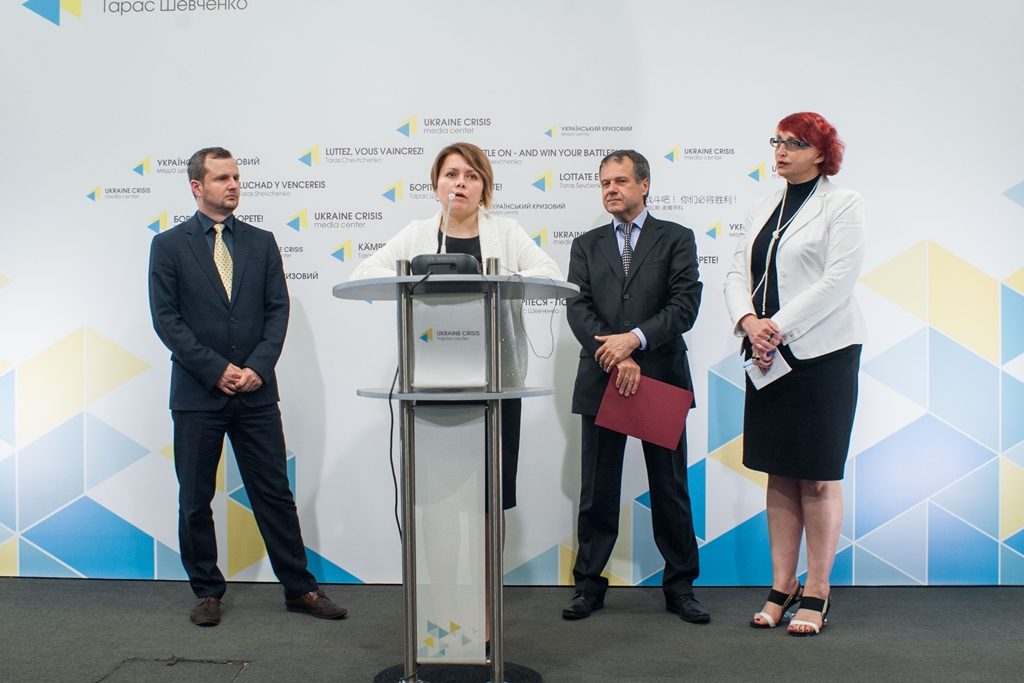 The new law foresees a different but obligatory pension system that will allow more fair approach to pensions accumulated in state and private pension funds.

Kyiv, June 9, 2016. Parliament should adopt the draft law on transition to a three-tier funded pension system  (hereinafter – the Law) as soon as possible. This was stated by representatives of the expert community at a press briefing at Ukraine Crisis Media Center. “We ask the parliament to pass the draft law on introducing a three-tier pension system merging it with alternative draft laws with sensible ideas, and ask society to participate in this process,” stated Galyna Tretiakova, General Director of the Ukrainian Insurance Federation, Head of the Civil Council at the Pension Fund of Ukraine. Experts also propose to combine it with the draft law that restores fairness in respect of payments to public officials. “They paid 3 percent of SSP (Single Social Payment) more than other salaried persons so their pensions are to be increased by 3 percent,” explained Ms. Tretiakova.

Marianna Onufryk, social policy expert, Institute for Social and Economic Research, reminded that the Law introduces a system for retirement savings according to mechanisms that operate in most developed countries. Firstly, there will be the only formula for calculating pensions – taking into account deductions from wages and seniority. Special pensions (higher payments for certain categories of pensioners based on their previous professional involvement – UCMC note) will be abolished. Secondly, if the Law is approved, a mandatory funded system will be launched from July 1, 2017. The employer will pay contributions of 2 percent for the benefit of all working people under the age of 50. Each year, contributions will rise by 1 percentage point. These funds will be recorded in citizens’ personal accounts. But the issue of operational funds management remains the most controversial. In fact, it slows down implementation of reforms. The authorities insist on their right to cover this area, while the expert community believes otherwise. “A person must choose a private pension fund to which the employer will pay contributions through a mandatory funded pension system,” said Vitaliy Melnychuk. Galyna Tretiakova also supported this idea. “It’s our money that we pay to the state in taxes. We want to take a part of taxes, previously paid to the state, away in our property. This is a significant change in social relations: to allow a Ukrainian to be rich and become a proprietor,” explained the expert.

The experts reminded that pension reform is a mandatory condition of the IMF – Ukraine cooperation program.

Illya Neskhodovskyi, Director of the Institute of Social and Economic Transformation, senior expert of Tax Reform Group, “Reanimation Package of Reforms”, stressed that to solve the problem of pension payments is to reform the system. Attempts to solve it by increasing rates of SSP, which are often discussed in the media, are false. Commenting on the statement of Andriy Reva, Minister of Social Policy, on the catastrophic deficit of the Pension Fund after SSP dropped to 22 percent and the alleged lack of legalization effect, the expert noted, “It is impossible to make such conclusions within a month or even a quarter because this is a long process. We can give an objective assessment only in a year.” One reason for the slower growth in wages, he said, can be that 40 percent of them are wages of public sector employees. These 40 percent distort the overall statistics. “If the SSP increases to the previous level, it will lead to a disaster with revenues to the Pension Fund, because most businesses will simply go “into the shadows”. Then the Pension Fund deficit can increase by several times,” said Mr. Neshodovskyi.