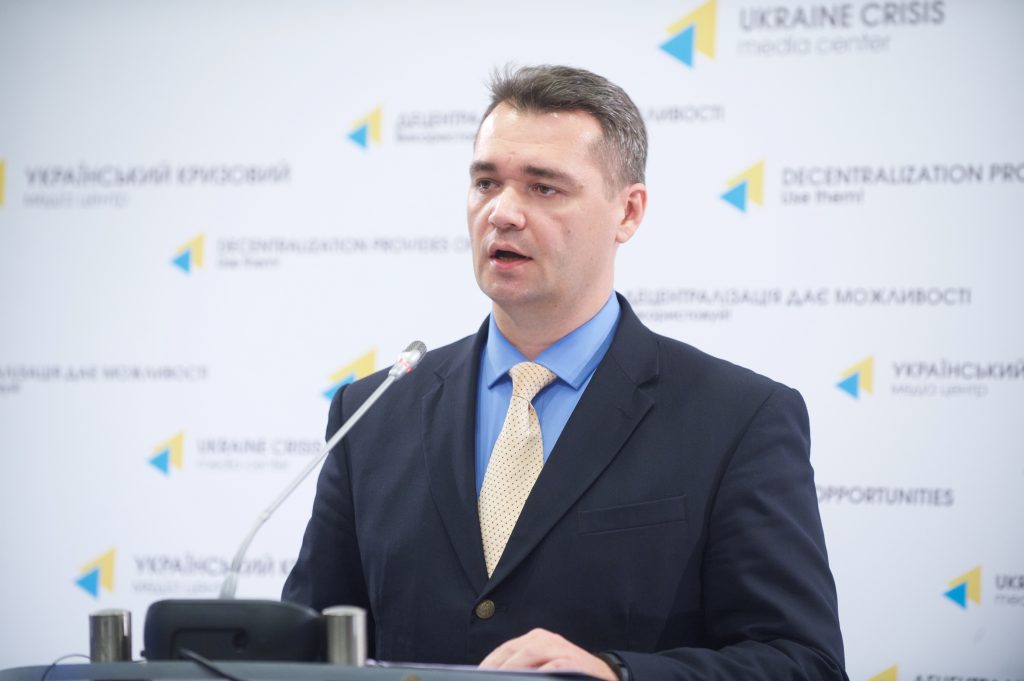 The number of ceasefire violations committed by Russia-backed militants last week in eastern Ukraine increased by 15 percent in comparison to the previous week. Four Ukrainian servicemen were killed in action and 40 were wounded during the week. The largest number of enemy ceasefire violations occurred yesterday, on May 7. “There were 65 cease-fire violations, 35 of which included mortar and artillery fire”, stated Vilyen Pidgornyy, Ministry of Defense spokesperson during a press briefing at Ukraine Crisis Media Center.

Usual targets in Luhansk sector are Stanytsia Luhanska, Krymske, and the area of Popasna. “On May 1, Russia-backed militants launched a short attack at Krymske, having discharged 20 rounds. On May 2, pro-Russian proxies initiated more than 10 mortar attacks at Ukrainian positions, predominantly in Krymske, Novozvanivka and Troitske. On May 4, Russia-equipped militants used artillery against Novozvanivka”, Mr Pidgornyy explained. On Sunday, May 7, pro-Russian proxies abruptly increased the intensity of their artillery fire, which translated into 18 episodes of fire using heavy weapons and units discharged nearly 270 rounds of artillery of various calibers. “The Russian proxies opened fire with 122 and 152 mm artillery and mortars against Krymske. Other hotspots included the area of Popasna and Troitske”, MoD spokesperson stated.

In Donetsk sector the tensest situation was observed on May 2, when pro-Russian proxies launched a 4-hour mortar attack against Avdiivka from two directions and have discharged more than 80 rounds. “That day, Russia-backed militants also opened mortar fire at Troitske, Luhanske, and Zaitseve. The amount of mortar rounds, discharged during the day, amounted to 180”, Mr Pidgornyy added. On May 5, enemy used mortars of various calibers, IFVs, grenade launchers and small arms against Pisky. On May 6 they used mortars and tanks against Avdiivka.

Over the week, Ukrainian troops registered 17 episodes of hostile drones conducting aerial reconnaissance in the ATO. Majority of them took place in Donetsk sector. According to Ukrainian military intelligence, Russia sent 22 railway tanks with fuel, 10 railway cars and 4 trucks loaded with ammunition to the occupied territories in eastern Ukraine over the previous week.