In Donetsk sector hostilities took place in the Horlivka perimeter, near Avdiivka and in the vicinity of Donetsk airport. Militants attacked Kamianka with small arms at night. “Hostilities resumed after 17:00 and continued with pauses till midnight. The situation was the most restless in Pisky. The enemy conducted medium intensity mortar attack there and used light weapons and APCs,” reported Ukrainian Ministry of Defense spokesman on ATO Colonel Oleksandr Motuzyanyk at a press briefing at Ukraine Crisis Media Center.  Militants used mortars twice near Avdiivka and once in Zaitseve. In Maiorske, Novhorodske and Verkhniotoretske militants used APCs. “In total, 15 shooting attacks took place in Donetsk sector yesterday, four of them involved heavy weapons,” added Col. Motuzyanyk. 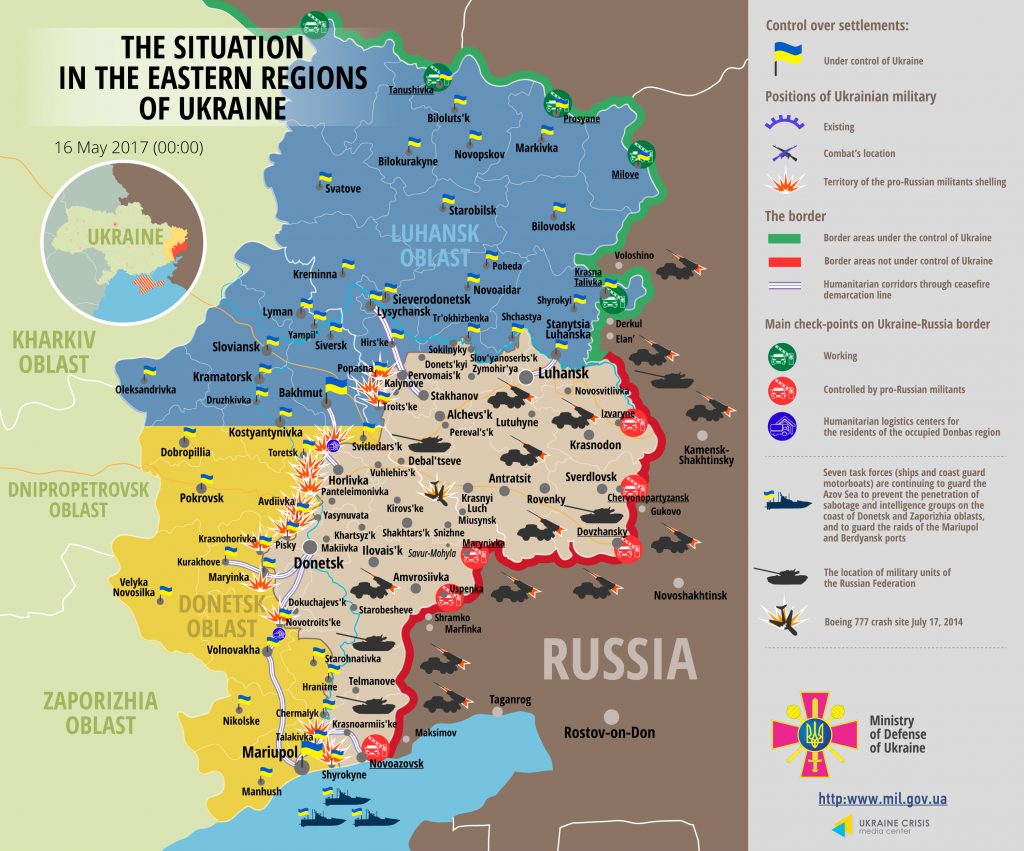 Report on the military developments as of May 15 is available here. Interactive data on the shelling: chronology shelling chart and the interactive map.