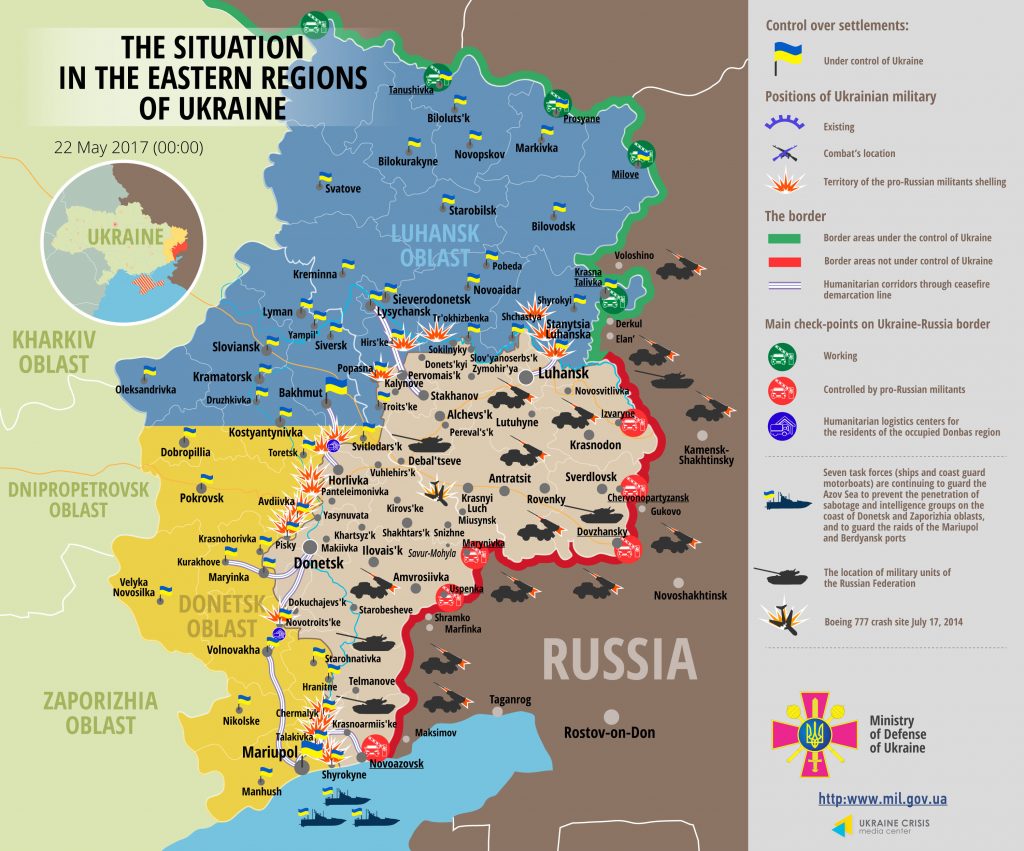 In Donetsk sector militants fired about 170 mortar rounds. Over half of these they discharged at Avdiivka, during a six-hour-long shelling. “The situation was extremely restless in Verkhniotoretske and in Donetsk airport yesterday. The ceasefire held at Svitlodarsk area. About 75% of enemy attacks take place during the hours of darkness,” said Col. Lysenko.

Militants’ activity somewhat decreased in Luhansk sector, although they continue using heavy armor. Russian proxies fired a total of 15 mortar rounds at Krymske, Orikhove and Novooleksandrivka. Besides this they were opening fire proportionally along the entire frontline, without definite hotspots. In total, militants conducted seven attacks in Luhansk sector, most of them during daylight hours.

The ceasefire held in Maryinka district of Mariupol sector. Militants conducted two attacks near Novotroitske, using mortars in one of them. “Pro-Russian militants violate the armistice day and night in the southern part of the region. Yesterday the enemy used mortars in Hnutove and Shyrokyne, and a tank in Vodiane. Enemy sniper was recorded in Lebedynske,” said the spokesman. In total, Russian proxies attacked 17 times in this area, using heavy weapons four times.

Ukrainian Armed Forces incurred no fatalities, however, two servicemen were wounded in action in Novotroitske.

Report on the military developments as of May 21  is available here. Interactive data on the shelling: chronology shelling chart and the interactive map.