In Donetsk sector, militants intensively shelled the Ukrainian positions in Pivdenne with 122-mm artillery firing more than 25 rounds at night, reported Ukrainian Ministry if Defense spokesman on ATO Colonel Andriy Lysenko during a press briefing at Ukraine Crisis Media Center. In Kamianka-Avdiivka-Shakhta Butovka frontline militants conducted multiple small arms provocations. In addition, they mortar shelled Avdiivka twice, and used a tank in Kamianka. “One mortar attack was recorded in Novoluhanske, and another in Pisky. Overall, there were 13 attacks, six of these involved heavy weapons,” noted Colonel Lysenko. 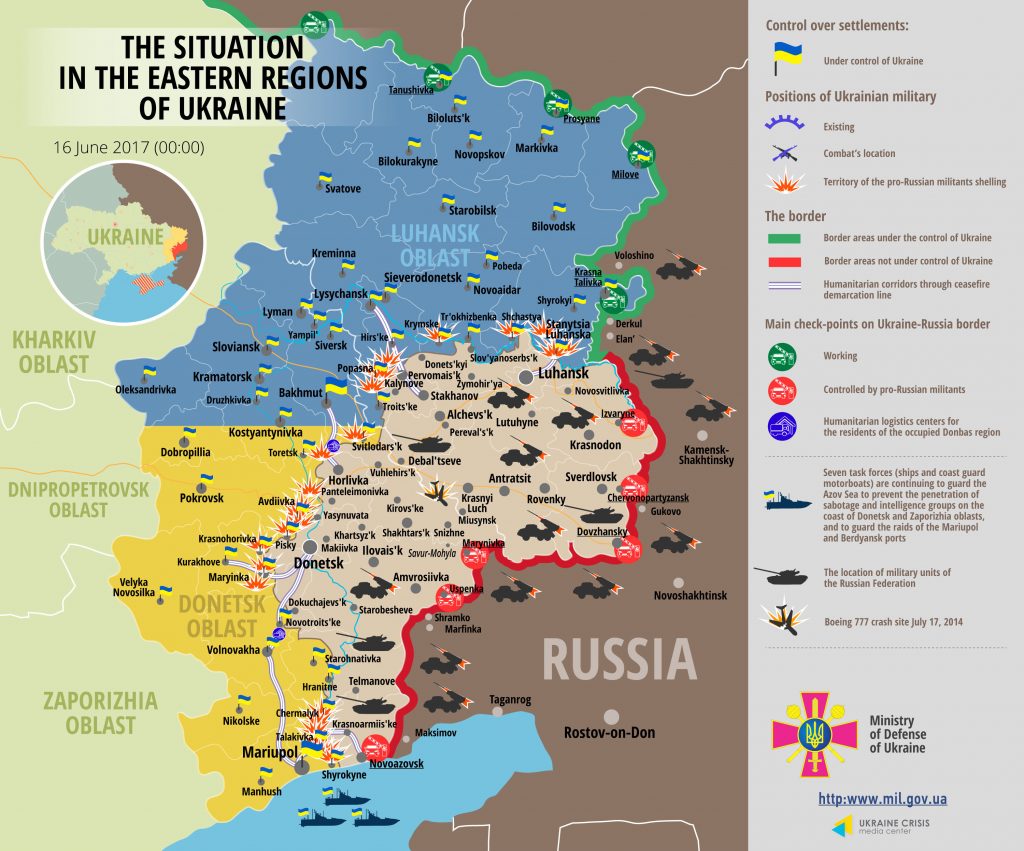 In Luhansk sector, militants carried out short provocations with light weapons and mortars. Most of mortar attacks took place in Katerynivka – one in the morning and two at night. “Besides, one mortar attack was recorded in Krymske and one in Shchastia. Militants attacked Stanytsia Luhanska and surrounding villages, as well as Novooleksandrivka and Novozvanivka, with small arms and grenade launchers” added Colonel Lysenko. Overall, 13 enemy attacks were recorded in Luhansk sector, in five of them Russia-backed militants used mortars.

Unfortunately, one Ukrainian serviceman was killed in action yesterday, informed the spokesman.

Report on the military developments as of June 15 is available here. Interactive data on the shelling: chronology shelling chart and the interactive map.