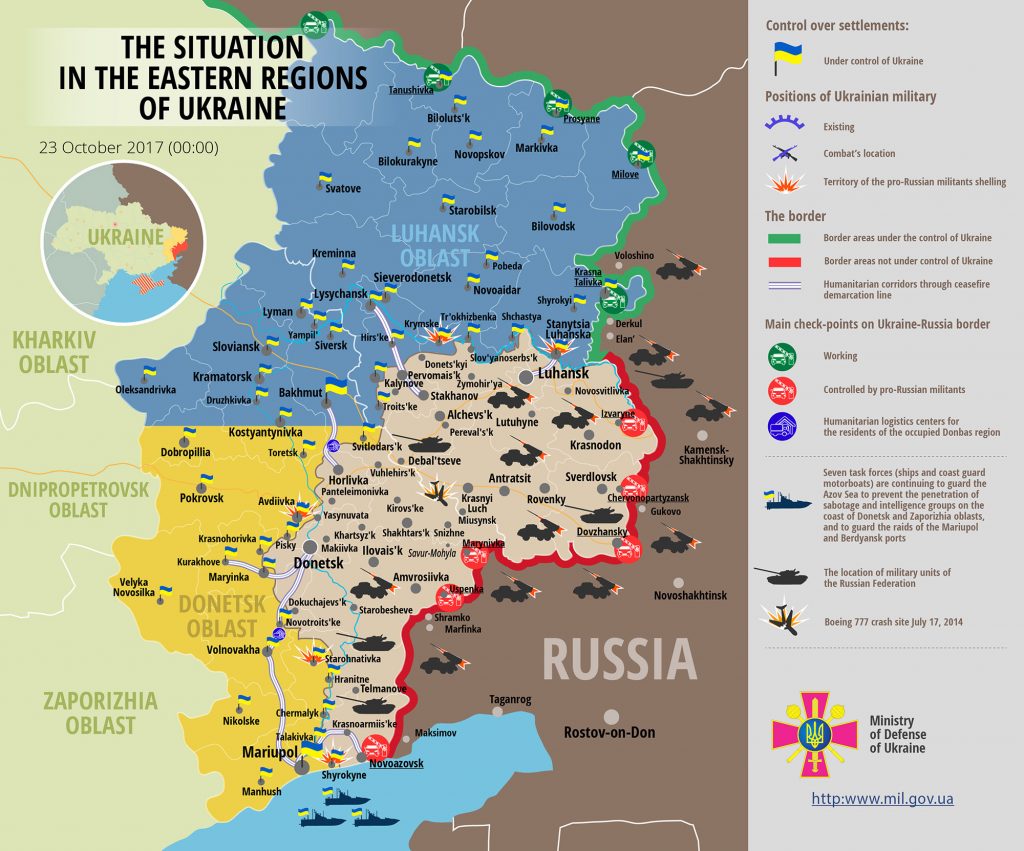 In Donetsk sector, militants violated the ceasefire five times using grenade launchers, heavy machine guns, and small arms. “The largest number of attacks was recorded in the vicinity of Avdiivka and Shakhta Butovka position.  The situation was also difficult near Kamianka where the enemy used grenade launchers and IFVs weapons,” elaborated Col. Lysenko.

In Mariupol sector, militants conducted four aimed attacks in the afternoon. “Two of these took place near Vodiane, while two more were recorded in the outskirts of Shyrokyne and Starohnativka,” said the spokesman.

Report on the military developments as of October 22 is available here. Interactive data on the shelling: chronology shelling chart and the interactive map.