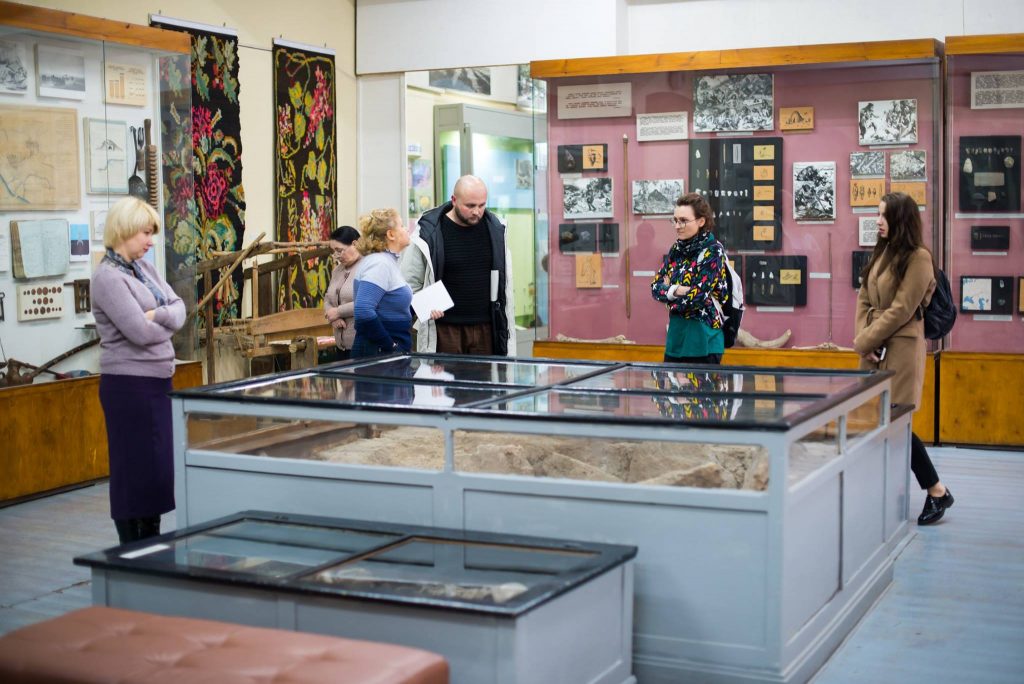 Within the framework of the second stage of the project Rediscovering Eastern Ukraine Heritage – “Under construction: Museum open II,” a museum tour of cities, towns and villages of Donetsk region was organized from October 27 to November 6. The project is organized by the Arts Department of Ukraine Crisis Media Center with the financial support of “Ukraine Confidence Building Initiative” (UCBI II), funded by the United States Agency for International Development (USAID).

The purpose of the museum tour is to make a catalog with information about the visited museums, to develop common ideas for further cooperation and implementation of art projects and public events. Participants visited museums, got acquainted with expositions and collections, presented the results of the first stage of the project “Under construction: Museum open: Slovyansk and Lysychansk,” launched in 2016. The trip covered Mariupol, Nikolske, Volnovakha, Novosilka, Neskuchne, Pokrovsk, Sontsivka, Avdiyivka, Kostyantynivka, Bakhmut, Druzhkivka, Kramatorsk, Svyatohirsk, and Lyman. 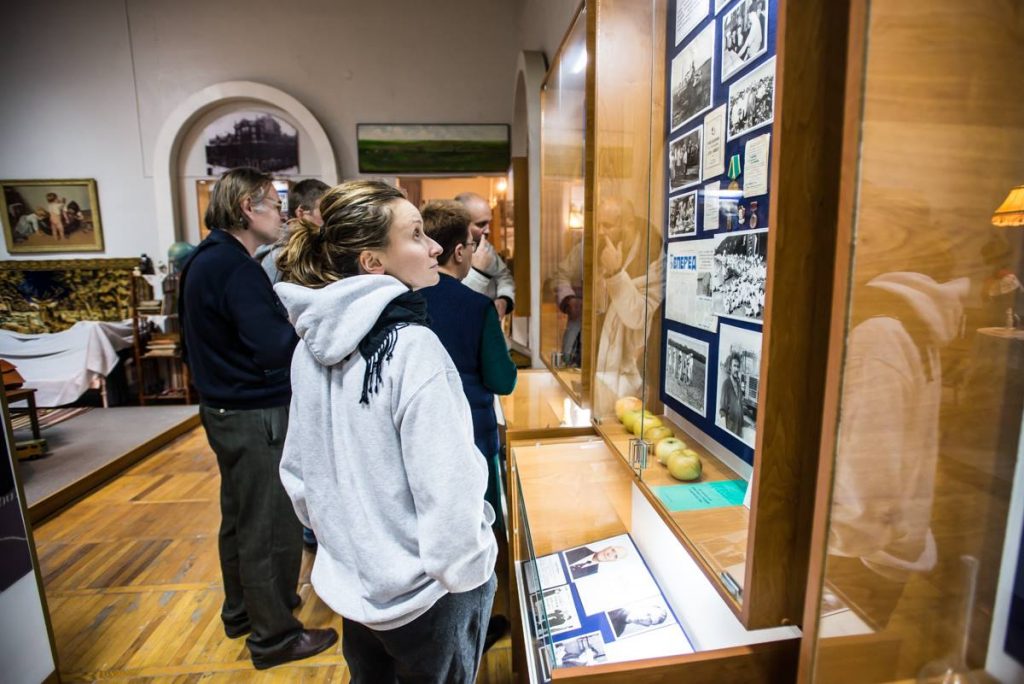 The meetings were arranged as a tour followed by a friendly conversation with the museum staff. Such a plan proved to be quite successful and helped the participants to better understand the state of each museum, its readiness to change and its ideas of further development.

According to participants’ observations, all institutions have similar regulated schemes of building exhibitions in local history museums. According to curator Dana Brezhneva, often the narrative line of history in the museum ends with the collapse of the Soviet Union at best, or with post-war time at worst. Modern regional studies are presented sporadically and, after viewing the exposition, it remains unclear how the city lives. 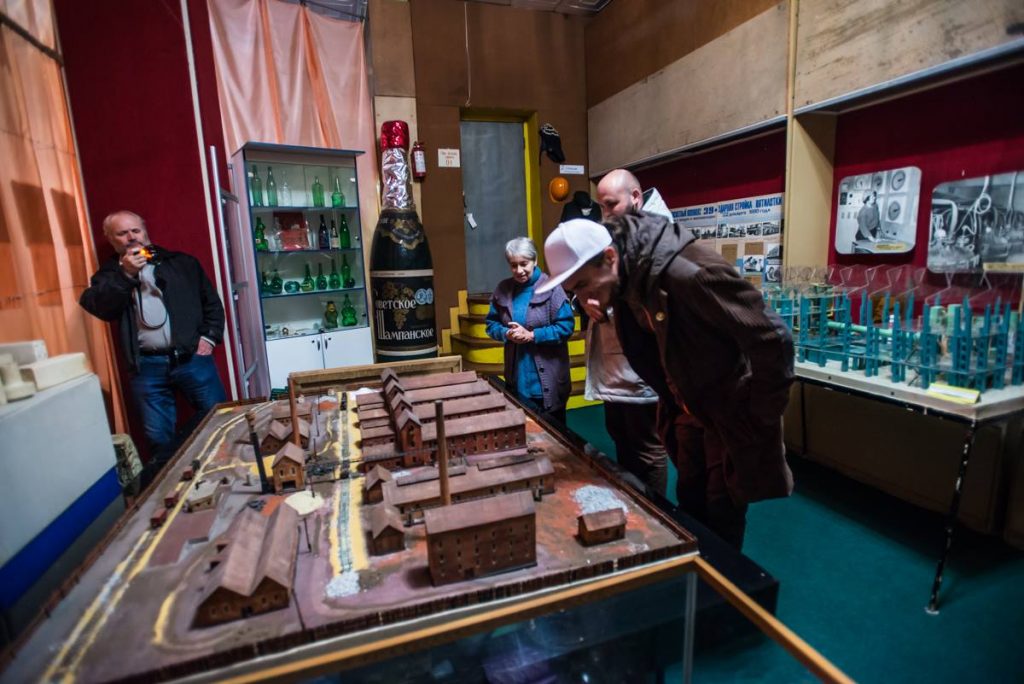 Every museum is unique. For example, the first in the tour, Mariupol Local History Museum, is the largest of all. The three floors show various stages of history: from relic stones to the achievements of developed socialism.

The smallest is Avdiivka History Museum, which currently has no exposition at all due to its close location to the combat zone. However, Avdiivka museum staff prove that the museum is, first of all, people. Therefore, the museum has the most important thing – the prospect of doing more than a mere museum. The museum staff focuses on children, communication, and interactive work. They organize tours of the country for children and public events in Avdiivka. 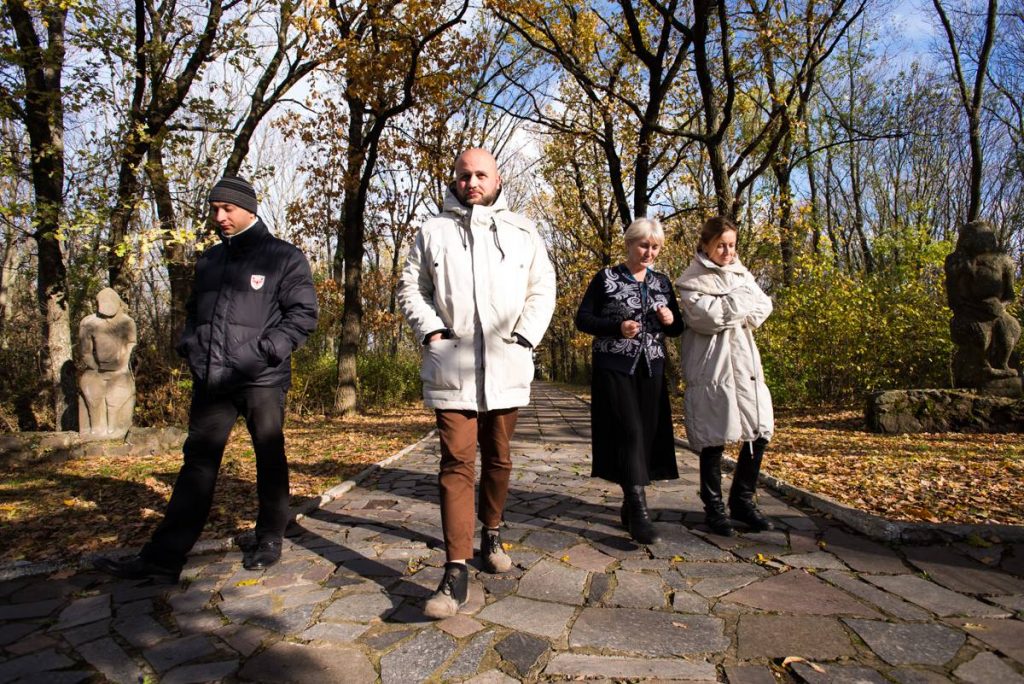 The participants were impressed by the activities of rural folk museums. Among them are classical local history museums that represent the history and culture of the inhabitants of the region, and also thematic museums. For example, Velykoanadolsk Forest Museum. It is unique in its kind because the main museum exhibit is a forest, which was created in the steppe about 150 years ago. 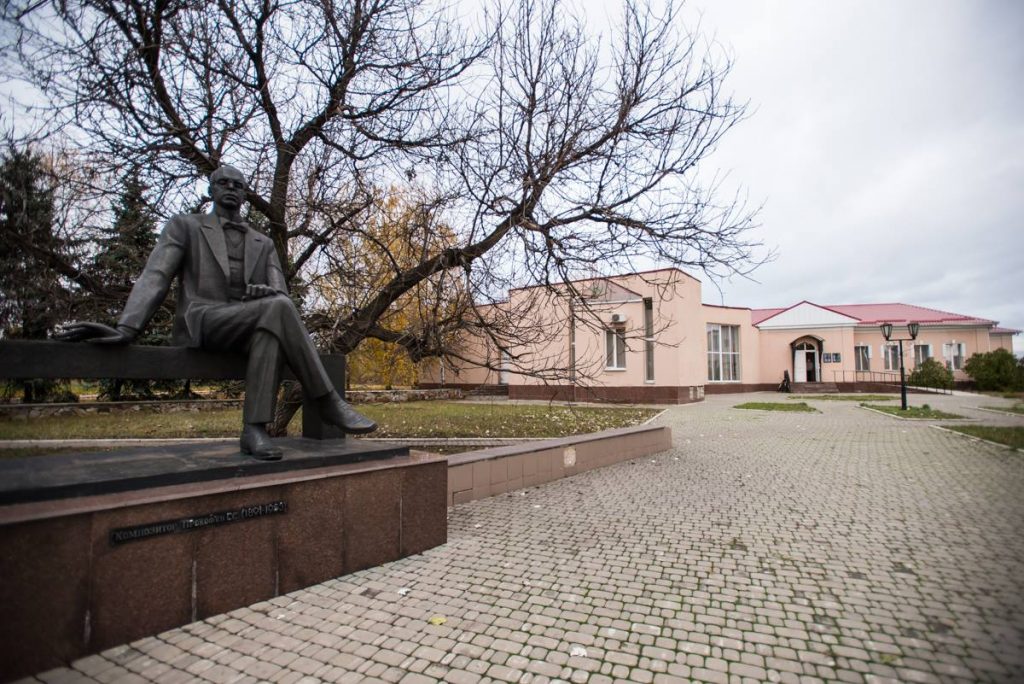 The memorial Serhiy Pokofiev museum differs much from other of museums. The institution itself is an exhibit, because it was created on the basis of a joint project of architects and designers. Although the exposition was opened in 1991, it looks holistic and topical. According to the participants, the museum is a real cultural diamond located in a remote rural area, which is difficult to get at. 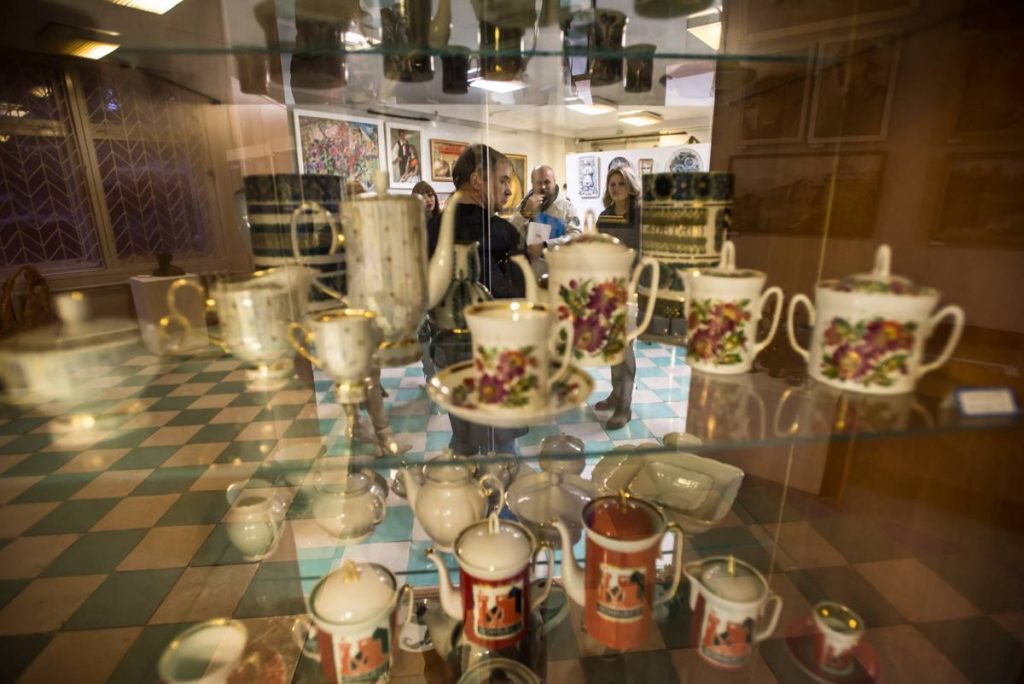 The participants note that all the museums face difficulties. Some of these difficulties are external: the lack of a transport system, poor financing, little space for expositions and collections. And some are internal: most museum workers really do not know what changes they want for their museums. The following phrase was often heard: “Help us create something interesting to make the museum begin a new life.”

Indeed, one of the project’s objectives is to create new ideas for the development of museums based on the results of the tour, to develop plans and measures for transformation and modernization of the concept of museology. But the participants of the trip believe that the museum workers themselves should also start the changes.

After visiting Donetsk region, the team of the project “Rediscovering Eastern Ukraine Heritage – “Under construction: Museum open II” continued its tour of museums in Luhansk region. 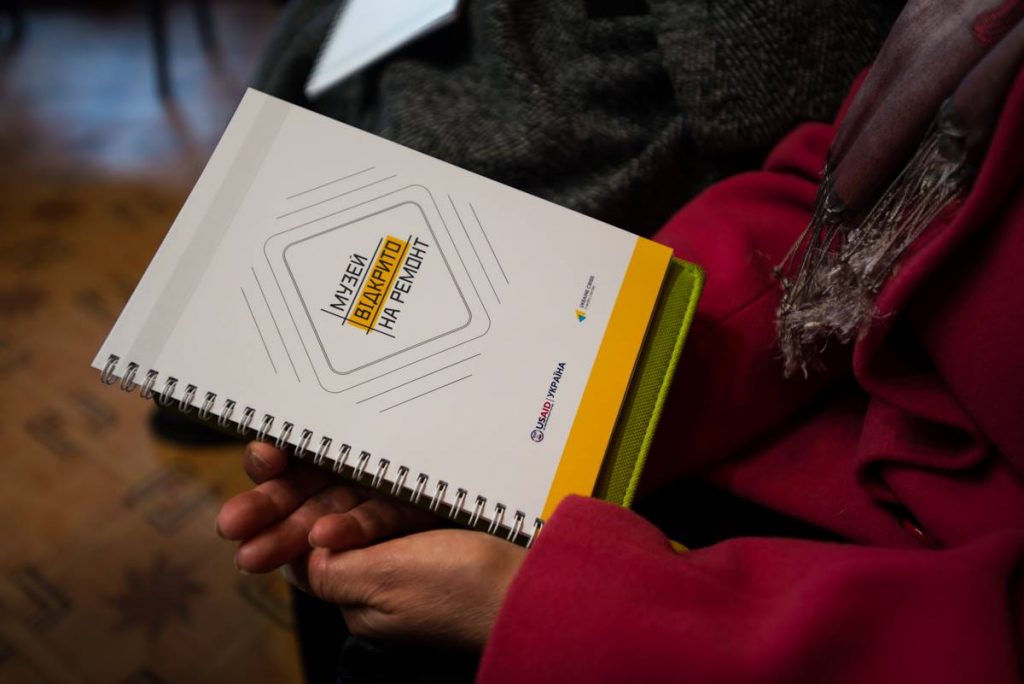 We invite you to follow the news of the project in social media at hashtags # UСBI #UCMC and on page «Cultural diplomacy between regions of Ukraine».