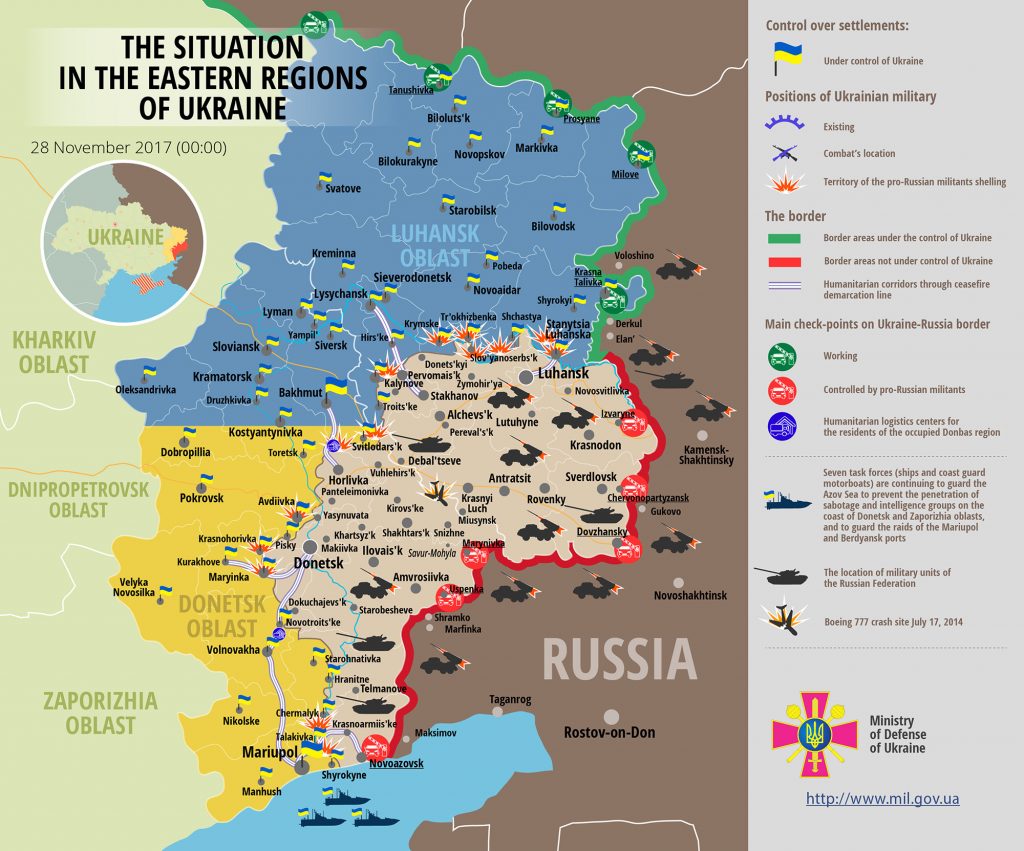 One Ukrainian serviceman was wounded in action near Maryinka.

According to the Ministry of Defense, last week Ukrainian sappers demined 12 hectares of land having defused about 400 explosive pieces.

Report on the military developments as of November 27 is available here. Interactive data on the shelling: chronology shelling chart and the interactive map.