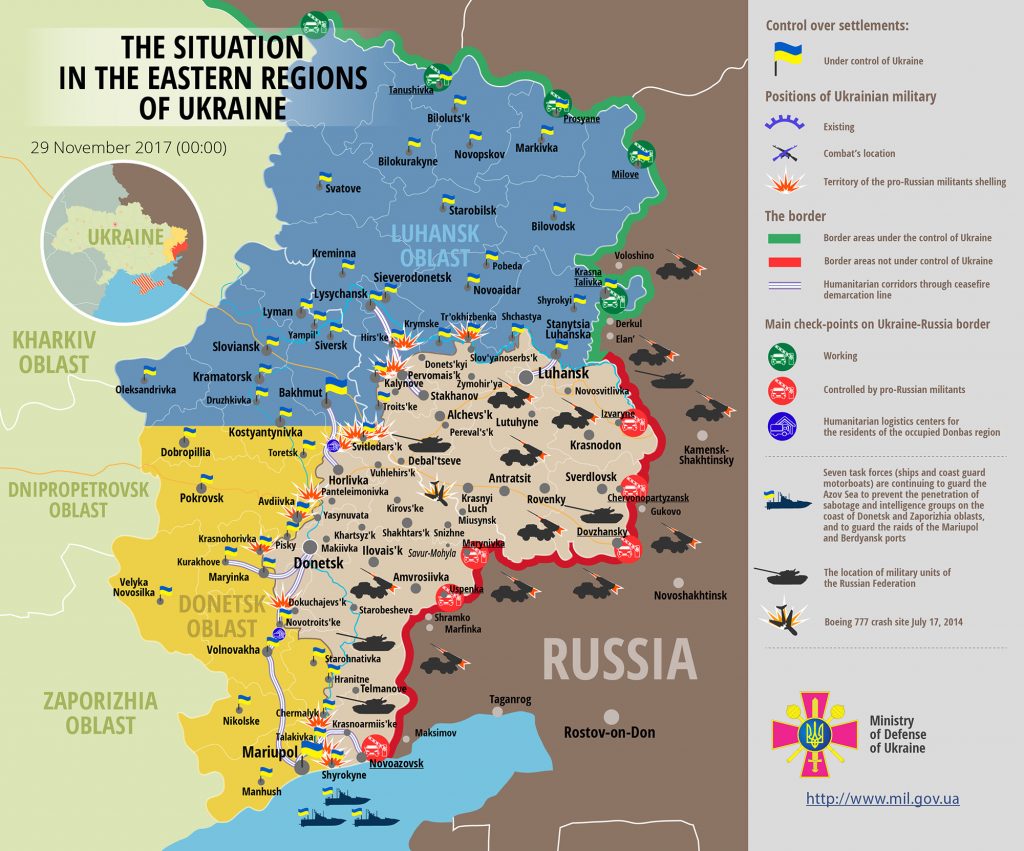 One Ukrainian serviceman was fatally wounded near Avdiivka as a result of a hostile an attack. Two more servicemen were wounded in action near Orikhove by the hostile antitank missile system, their lives are safe now.

Report on the military developments as of November 28 is available here. Interactive data on the shelling: chronology shelling chart and the interactive map.