Russia-backed militants made six attacks on Ukrainian troops’ positions over the last day, using heavy weapons in some of these. All the attacks took place in Donetsk sector, Luhansk sector was peaceful, Colonel Oleksandr Motuzyanyk, Ukrainian Ministry of Defense spokesman on ATO, at a press briefing at Ukraine Crisis Media Center. 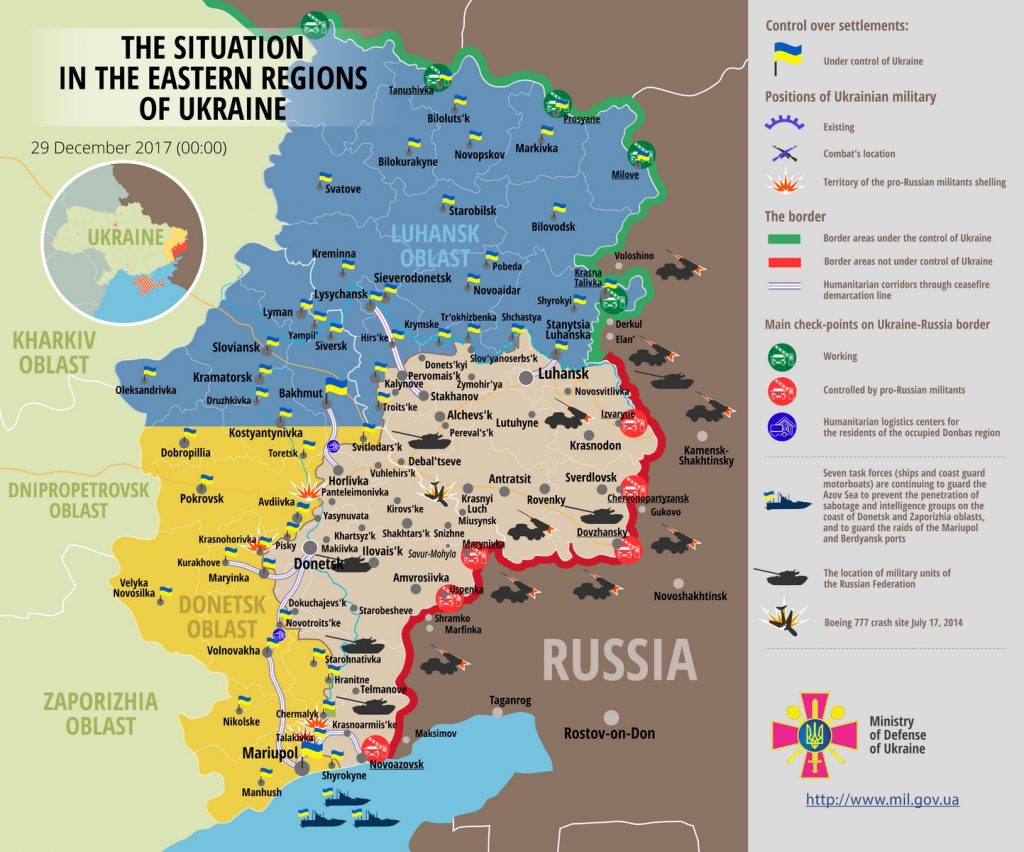 In Donetsk sector, Russian proxies twice attacked Ukrainian strongholds near Pavlopil in the first half of the day using 82-mm mortars, mounted grenade launchers, and IFV mounted weapons. An enemy sniper was spotted outside Krasnohorivka during the daytime. Russia-backed militants also attacked our positions near Shakhta Butovka with small arms.

Unfortunately, one Ukrainian serviceman was wounded in action near Krasnohorivka.