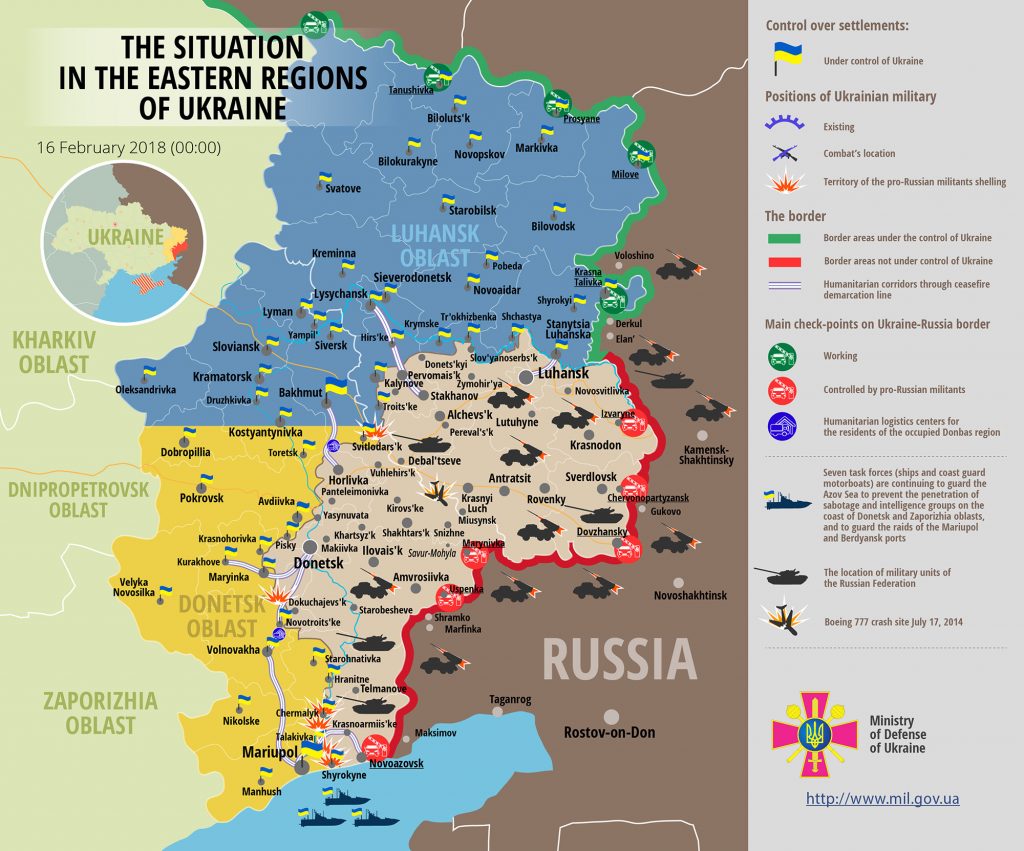 According to the Main Intelligence Directorate of the Ministry of Defense of Ukraine, the command of the Russian occupational troops plans instigating provocations at the contact line in the coming days in order to blame Ukraine for \ violation of the Minsk agreements during the Normandy format meeting which is to take place on the sidelines of the Munich Security Conference on February 16-18. “Thus, the enemy intends to make a series of attacks upon the residential areas to then provide fabricated photo and video materials as alleged proof that would misguide representatives of the OSCE Special Monitoring Mission towards taking the ceasefire violations as an action on the part of Ukrainian troops,” Colonel Hutsulyak elaborated.

Report on the military developments as of February 15 is available here. Interactive data on the shelling: chronology shelling chart and the interactive map.