Over the last day, Russia-backed militants made five precision attacks upon the Ukrainian troops’ positions. Ukrainian troops returned fire twice using the weapons not proscribed under the Minsk agreements. 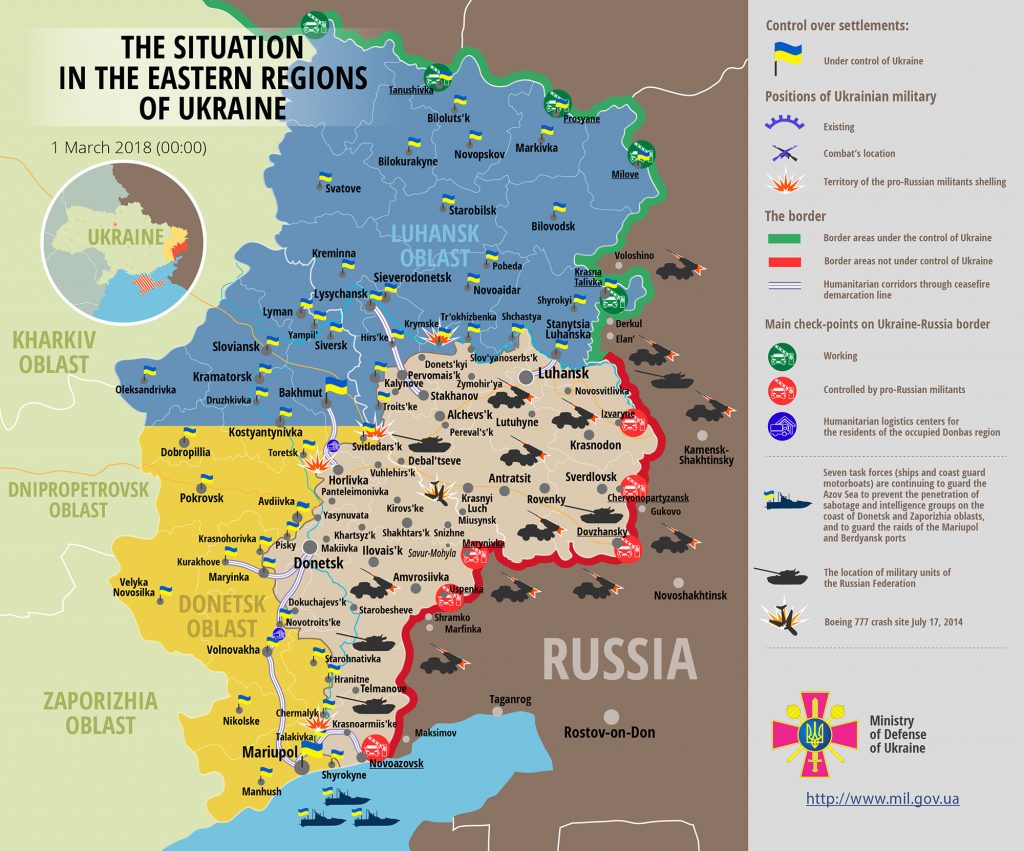 Report on the military developments as of February 28 is available here. Interactive data on the shelling: chronology shelling chart and the interactive map.