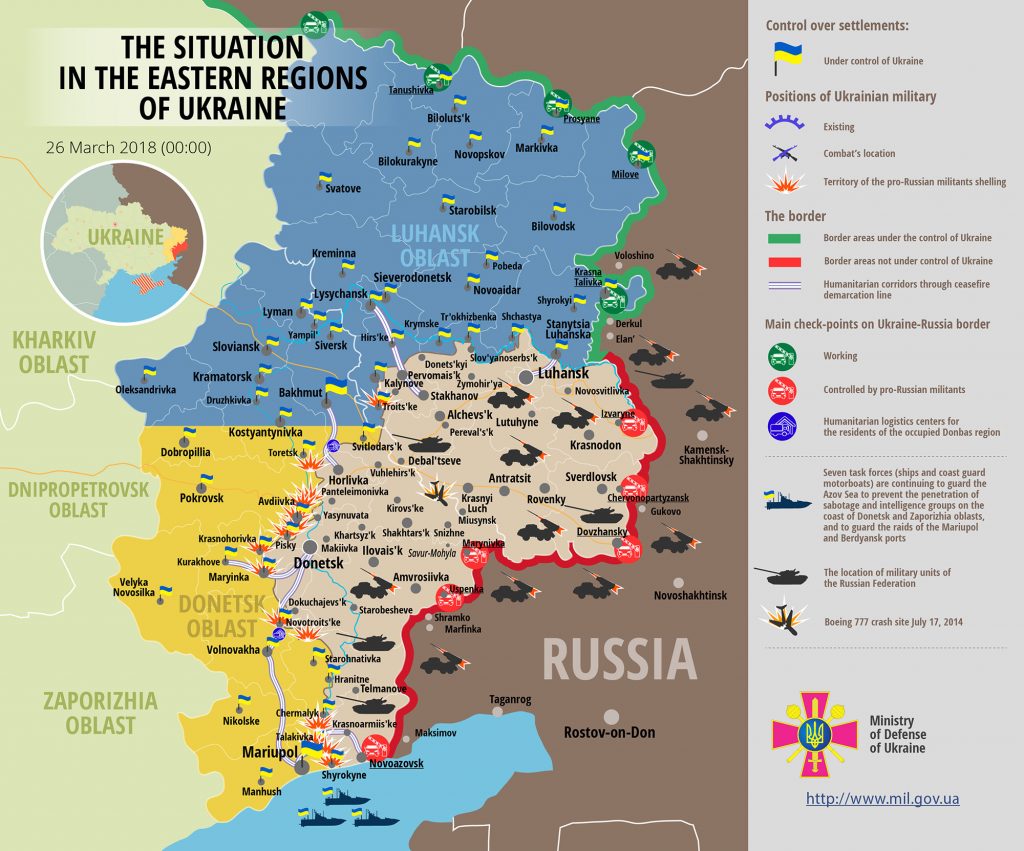 In Luhansk sector, Russian proxies violated the ceasefire twice. “At about 20:40, militants started firing at Ukrainian positions in Novhorodske. This attack continued for more than two hours. Later, between 22:30 and midnight, they attacked our positions near Troitske with heavy machine guns,” elaborated the spokesman.

Unfortunately, one Ukrainian serviceman was killed and one more wounded in action yesterday.

Report on the military developments as of March 25 is available here. Interactive data on the shelling: chronology shelling chart and the interactive map.