Over the last day, Russian proxies violated the ceasefire 38 times and used 120-mm mortars in some of the attacks, reported Ukrainian Ministry of Defense spokesman Colonel Dmytro Hutsulyak at a press briefing at Ukraine Crisis Media Center. 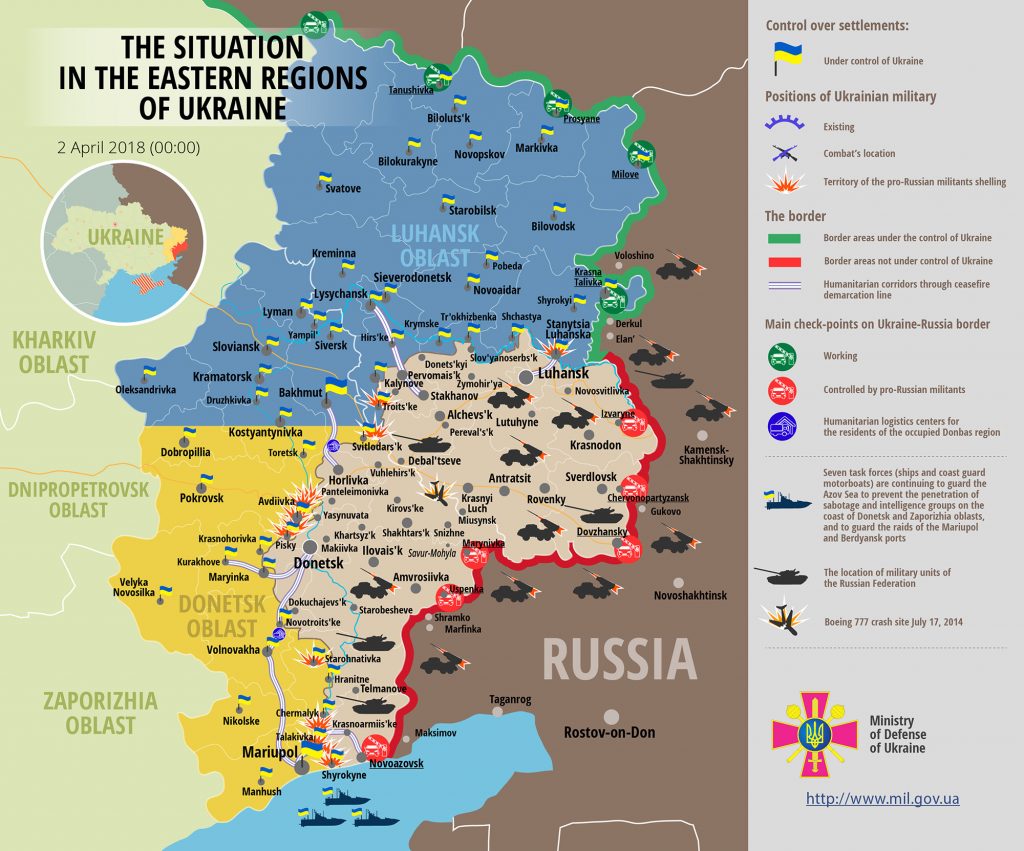 Report on the military developments as of April 1 is available here. Interactive data on the shelling: chronology shelling chart and the interactive map.