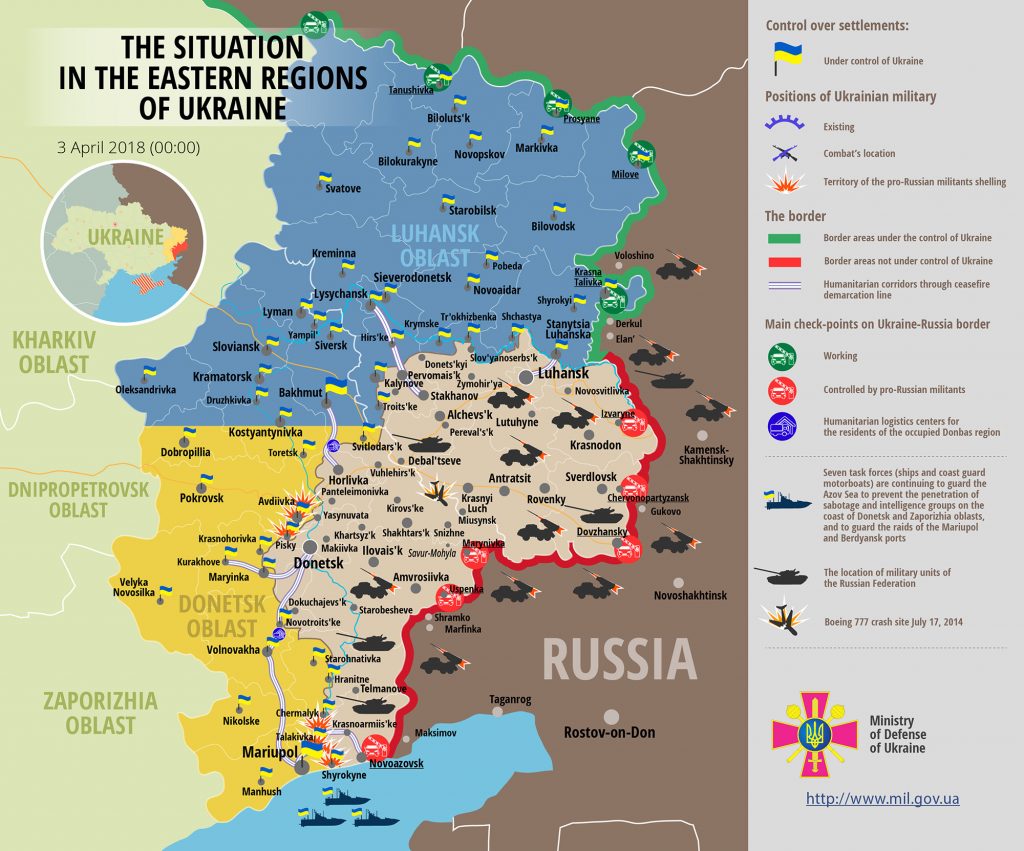 Russian proxies delivered six attacks near Vodiane and six more in Shakhta Butovka area. Hostile attacks were also recorded near Hnutove, Kamianka, Talakivka, and Pavlopil. “Most of the attacks lasted less than 30-40 minutes, except for the one near Vodiane where militants were attacking Ukrainian troops’ positions with heavy machine guns for an hour and a half starting at 18:00,” Colonel Hutsulyak said.

Ukrainian troops returned fire once using the weapons not proscribed under the Minsk agreements.

Report on the military developments as of April 2 is available here. Interactive data on the shelling: chronology shelling chart and the interactive map.