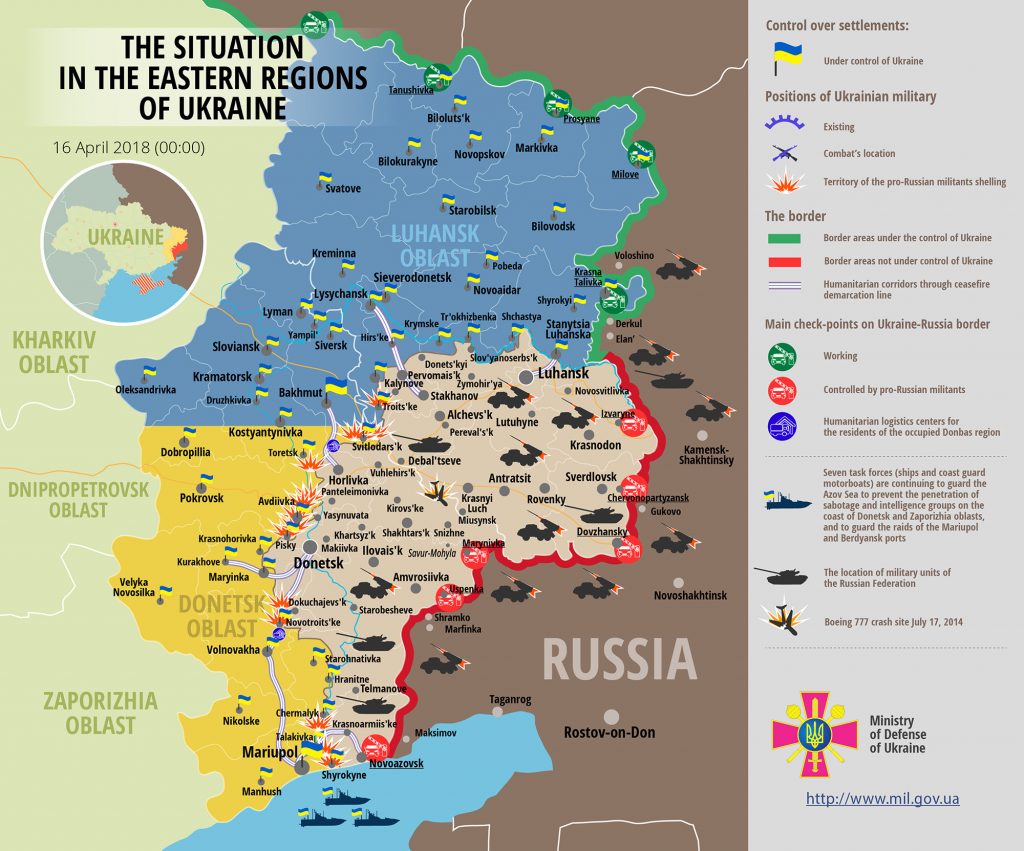 Ukrainian troops had to return fire 24 times over the last day.

Unfortunately, one Ukrainian serviceman was wounded in action, and one more injured.

Report on the military developments as of April 15 is available here. Interactive data on the shelling: chronology shelling chart and the interactive map.