Over the last day, Russia-backed militants delivered 52 attacks on Ukrainian troops’ positions, 49 of which were precision attacks. “Militants used heavy artillery and mortars, they fired a total of 25 shots from 152-mm cannons, 30 shots from 122-mm artillery as well as 20 rounds from 82-mm and 120-mm mortars. Ukrainian troops were compelled to return fire in 20 cases, reported Ministry of Defense spokesman Colonel Dmytro Hutsulyak at a press briefing at Ukraine Crisis Media Center. 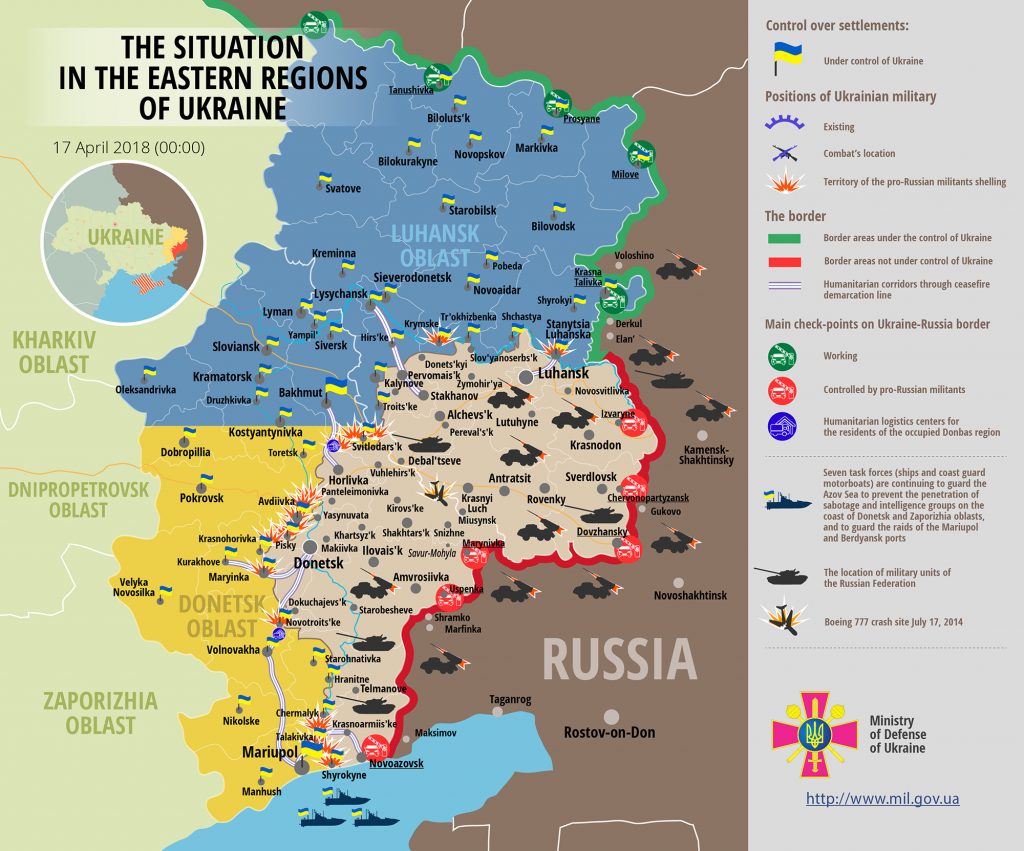 Unfortunately, one Ukrainian serviceman was killed in action, three were wounded in action, and two more troops were injured.

Report on the military developments as of April 16 is available here. Interactive data on the shelling: chronology shelling chart and the interactive map.