Over the last day, Russia-backed militants made 50 attacks on Ukrainian troops’ positions, 48 of which were precision attacks. They fired over 50 mortar rounds of 82-mm and 120-mm caliber, reported Ministry of Defense spokesman Colonel Dmytro Hutsulyak at a press briefing at Ukraine Crisis Media Center. 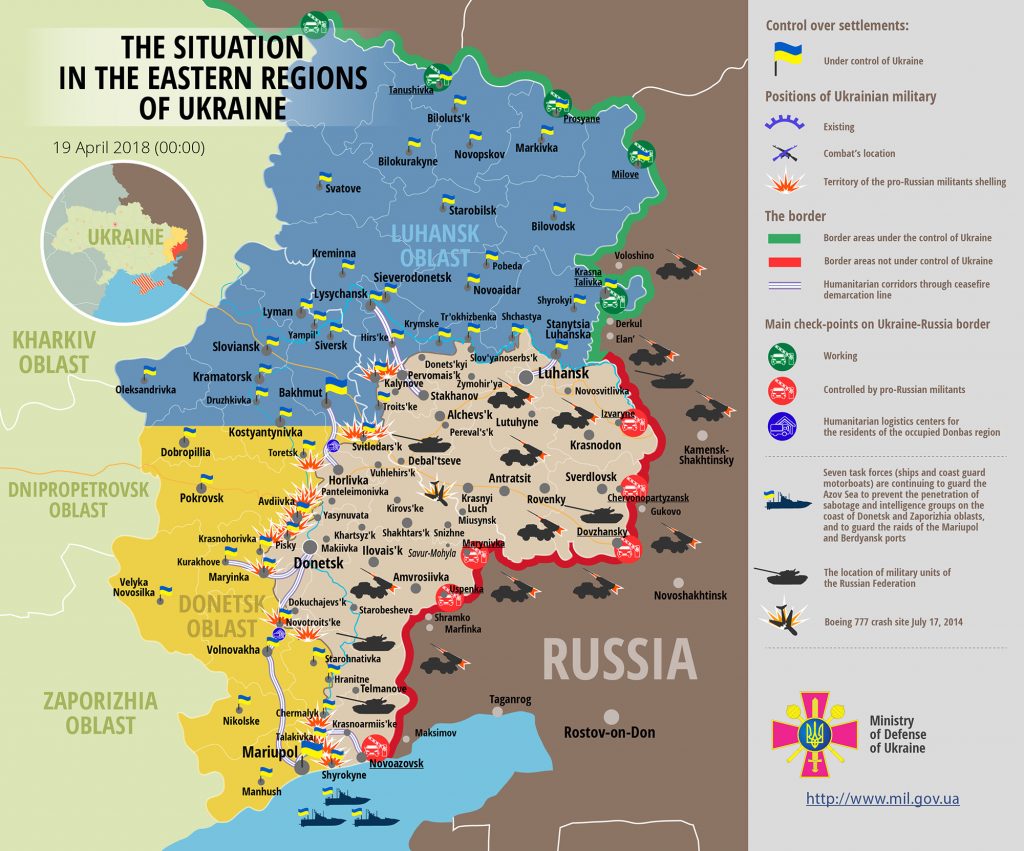 In Luhansk sector, Russia-backed militants made nine attacks. The enemy shelled Novoleksandrivka and Popasna areas with 82-mm mortars after 21:00 and used IFV mounted weapons in the latter as well. “Hostile attacks involving grenade launchers were recorded near Luhanske and Svitlodarsk, in Novoluhanske and Luhanske the enemy used heavy machine guns,” the Ministry of Defense spokesperson said. Militants’ snipers were spotted in Maiorsk and Novhorodske areas.

Ukrainian troops had to return fire using weapons not proscribed under the Minsk agreements in response to 14 attacks.

Unfortunately, one Ukrainian serviceman was wounded in action, one more received a combat injury.

Report on the military developments as of April 18 is available here. Interactive data on the shelling: chronology shelling chart and the interactive map.