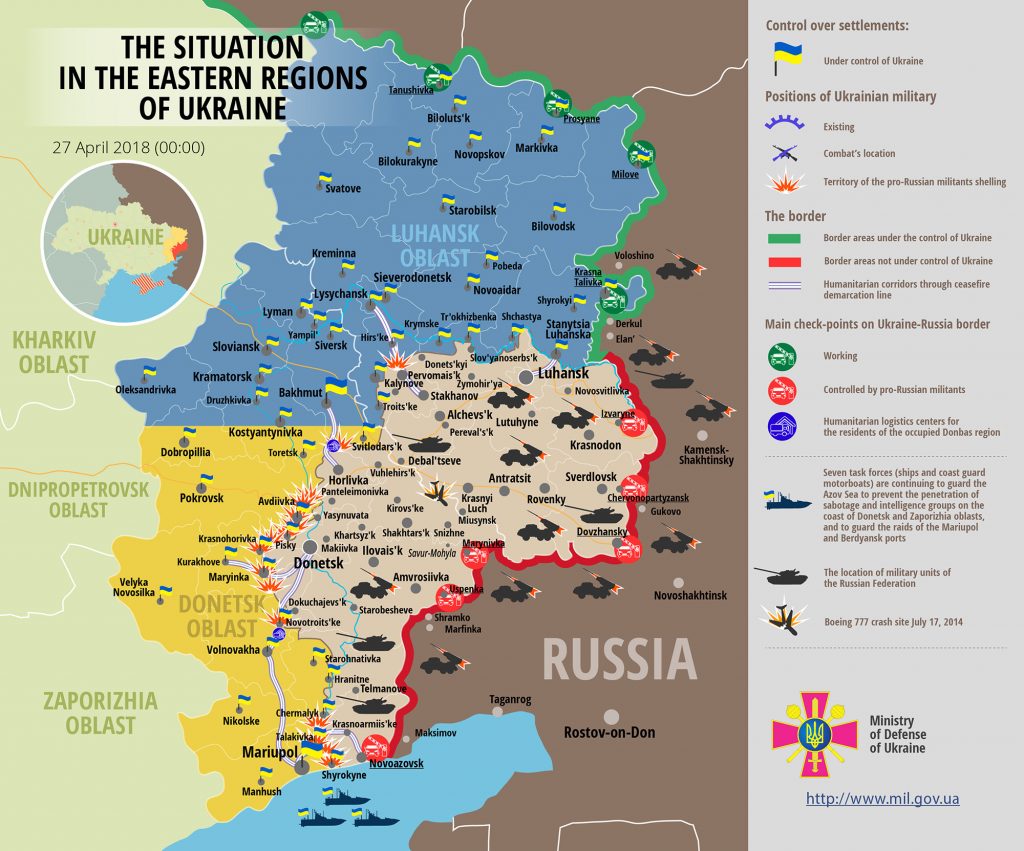 Starting from midnight on April 27, Russia-backed militants have made 13 precision attacks, 12 of these in Donetsk sector. Militants were mostly using grenade launchers, heavy machine guns, and small arms. Moreover, they fired 17 rounds from 120-mm mortars near Lebedynske and Svitlodarsk.

Report on the military developments as of April 26 is available here. Interactive data on the shelling: chronology shelling chart and the interactive map.