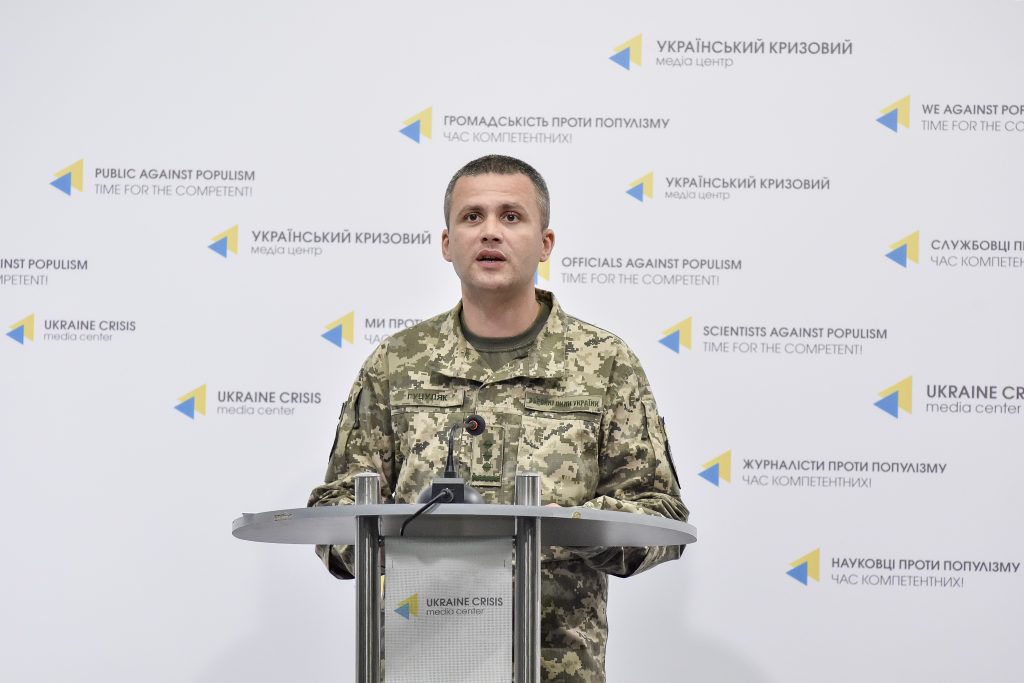 Over the last day, Russia-backed militants drastically stepped up the number of attacks in eastern Ukraine. Ukrainian troops recorded 66 precision attacks. Militants used Minsk proscribed mortars and artillery including BM-21 Grad MLRS that was last time used on April 20. They launched 10 rockets from BM-21 Grad MLRS, made about 30 shots from 122-mm artillery, launched over 170 rounds from 120-mm mortars and about 150 rounds from 82-mm mortars, reported Ministry of Defense spokesman Colonel Dmytro Hutsulyak at a briefing at the Ministry of Defense press center.

According to the Ukrainian party to the Joint Coordination and Control Center, the disengagement of forces in this area is scheduled for May 22. It has been postponed multiple times due to the intense attacks delivered by Russia-backed militants. 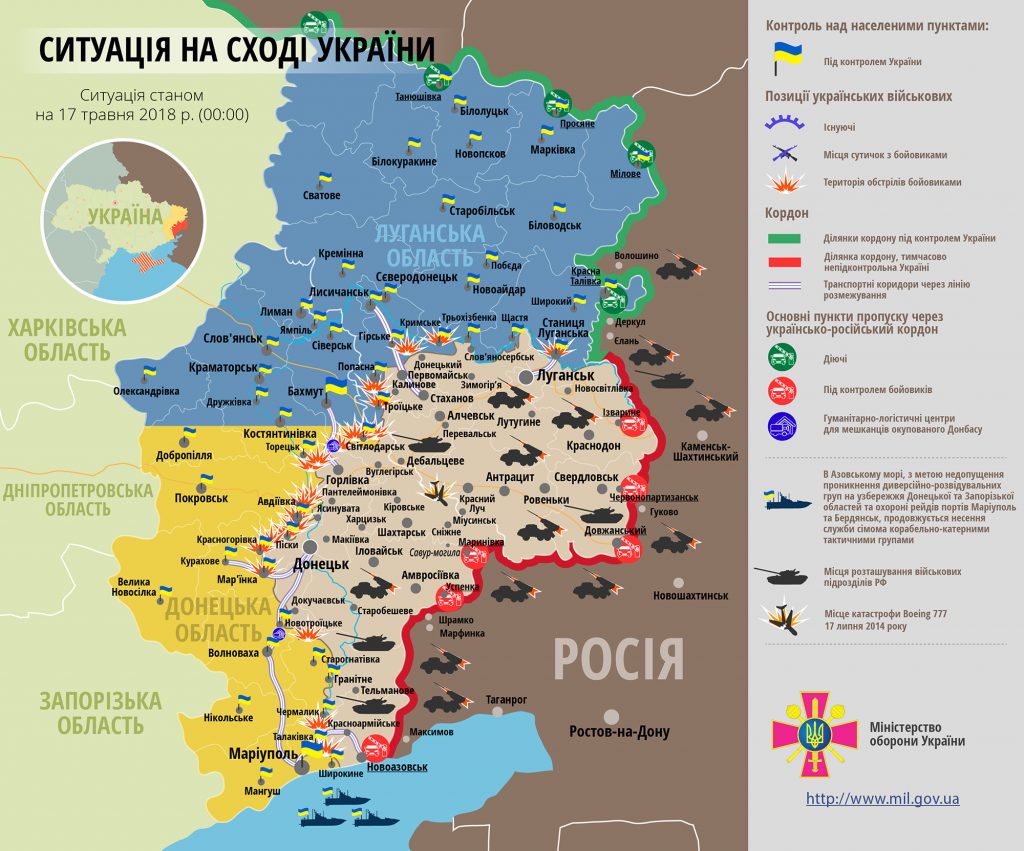 Report on the military developments as of May 16 is available here. Interactive data on the shelling: chronology shelling chart and the interactive map.