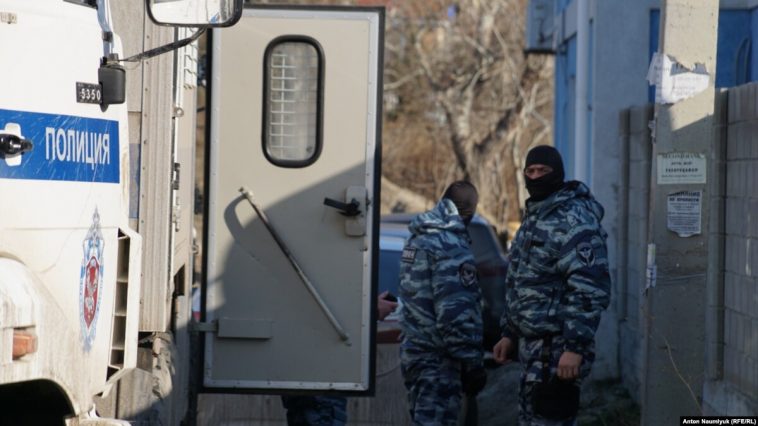 On September 5, Russia-backed militants violated the ceasefire four times. The Ukrainian troops incurred no casualties. There were similar attacks throughout last week.

Russia blocks mandate extension of OSCE’s mission at the border. Russia refused to extend the mandate of the OSCE’s border observer mission stationed in the Russian border crossing points Gukovo and Donetsk at the Russia-Ukraine border. The mission’s mandate expires at the end of September.

“The United States deeply regrets that the Russian Federation has indicated that it will not join consensus to extend the mission’s mandate and financing arrangement at the end of September,” said Courtney Austrian, Chargé d’Affaires at the U.S. Mission to the OSCE addressing the OSCE Permanent Council in Vienna earlier this month.

The OSCE border observer mission has been operating in the Russian border crossing points Gukovo and Donetsk since July 29, 2014. The mission’s mandate was extended every four months. In May 2021, the Russian Federation blocked the standard four-month extension of the mandate for the mission, instead reducing the mandate period to two months with no objective reason.

Also, Russia has been opposed to the expansion of the mission, limiting the OSCE ability to observe every border crossing point along the Russia-Ukraine border in Donbas.

New illegal arrests in Crimea: what is known so far

On September 5, Russia’s occupation authorities brought charges against Jelal for subversive activities. He is facing a sentence of 12 to 15 years.

Protests in Crimea. In the days that followed the arrests, family members of the arrested and activists protested outside the FSB office in Simferopol.

The occupation authorities detained over 50 protesters, a majority of whom are Crimean Tatars. Police used brutal force on them – pushed them into the buses and beat them on the kidneys. The protesters were taken to different police stations, later, a majority of them were released.

Ukraine’s Ministry of Foreign Affairs: retaliation for the Crimea Platform. “We consider it to be a punitive raid against the leaders of Mejlis, a retaliation for their participation in the inaugural summit of the Crimea Platform on August 23, and another round of repressions carried out by the Russian Federation to intimidate Crimean Tatars and force them out of the temporarily occupied peninsula,” the Ministry of Foreign Affairs of Ukraine said in a statement.

The Ministry of Foreign Affairs called on the international community to decisively condemn the illegal actions by the occupation state, step up pressure on Russia demanding that it ends the blatant human rights violations in Crimea and Sevastopol that it temporarily occupies, and continue to stand for respect of the rights and freedoms of Crimeans, particularly through their contribution to the Crimea Platform.

Five and six year old kids role play being concentration camp prisoners, they read the prisoners’ poems aloud. Preschoolers try on military uniforms. Eleven- and 12-year-olds are trained to use real weapons at the shooting range. Russia’s efforts to militarize children in the territory that the Ukrainian government does not control is part of Russia’s occupation politics.

The movements that enjoy the Kremlin’s strongest support are “Molodaya Gvardiya – Youth Army” in the so-called “people’s republics” (the occupied territory in eastern Ukraine), and “Youth Army” (Yunarmiya) in Crimea. In an extensive article, Hromadske journalists dig deep into the topic. Here are the highlights.

What is Youth Army? Youth Army started in 2016 as a “military-patriotic civic movement of children and youth” affiliated with the Russian Defense Ministry. A similar organization was created in the occupied territory in Donetsk and Luhansk regions (the so-called “DNR” and “LNR”) in 2019. The localized name mentions Molodaya Gvardiya, a Soviet youth resistance movement during World War II based in Krasnodon (Sorokyne), in Luhansk region. Its youngest member was 14 years old.

Members of the Youth Army are regularly assembled for training and study visits to military bases.

Youth militarization in Crimea. After the occupation of Crimea by Russia, the so-called Minister of Education of Crimea said the peninsula urgently needed to gain Russian identity, explains Valentyna Potapova, head of the education department at the Ukrainian Helsinki Human Rights Union. “Each and every effort was made to achieve that including total militarization. Before 2015, Russia did not take any big steps to militarize education. A year after that, the Defense Ministry issued an order to restore the Youth Army. In our opinion, that was done to introduce the Russian identity,” Potapova said.

Youth Army members are younger and younger, the expert proceeds. The minimum age for membership was 14, and then lowered to 10. Currently, there are members ages 7.

Militarization even expands to preschoolers, said Oleh Okhredko, analyst at the Center for Civic Education Almenda. By military-patriotic events, Crimea far outnumbers any region in Russia, the analyst proceeds. Nearly every school was required to have cadet classes. Those are classes of the army, Cossacks, Investigative Committee, Tax Service, and Border Service.

Youth Army is integrated into the education system – every school has a unit, Okhredko said. The organization also takes care of the children without parental care. Also, the Russian Defense Ministry ordered mandatory enrollment of children of the service members to the Youth Army.

Collective trauma. Militarization traumatizes children and affects their future, says Lidia Chorna, deputy head of the Laboratory of Psychology of Small Groups and Inter-Group Relations at the Institute of Social and Political Psychology of the National Academy of Pedagogical Sciences of Ukraine. “Whenever children are introduced to historical events through role play, they identify themselves with the characters both emotionally and verbally, for example, with soldiers, prisoners, victims, or aggressors. The impact can be very strong and traumatic,” Chorna told Hromadske in a comment.

The phenomenon of the “lost generation” will emerge out of it, Chorna said.

His lifetime Paralympic medal count is 15, including 10 gold medals. Krypak is a five time world champion, and a ten time Europe champion.

Ukraine came in sixth in the total medal count with 98 medals including 24 golds, 47 silvers, and 37 bronzes.