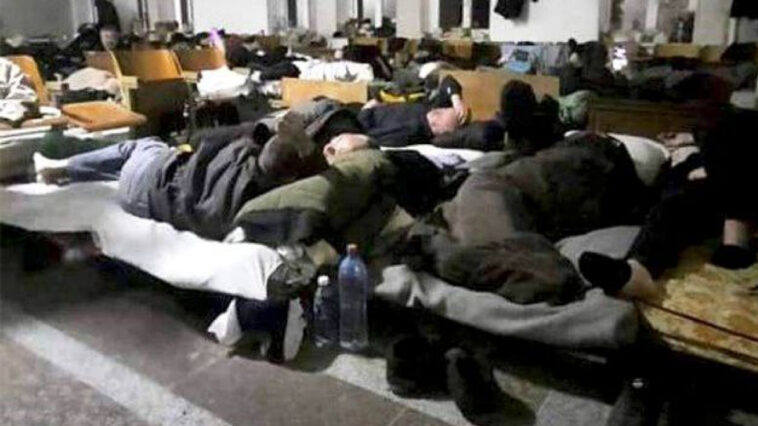 According to partner human rights organizations, more than 37,000 citizens have already passed it. Now this procedure is also used by people who were forcibly deported to Russia.

For “especially dangerous” in the ideological sense and “unreliable” Ukrainians, “filtering” becomes permanent – people are forced to go through it every three days. Citizens of Ukraine are interrogated, carefully examined, and held in inhumane conditions, humiliated and tortured. This is not just discrimination against Ukrainians on the basis of nationality, it is one of the elements of the total genocide of our nation.

The ideas of “inferiority” of the Ukrainian people, second-rate, artificial Ukrainian statehood are components of the Ukrainian-hating ideology, which has been nurtured for years by Russian propaganda and which today justifies the extermination of Ukrainians by Russia’s political and military leadership.

Any coercion of the physical or moral order against civilians, in particular for the purpose of obtaining information from them or from third parties, is a gross violation of international humanitarian law and the customs of war.

According to Article 32 of the Convention for the Protection of Civilian Persons in Time of War of 1949, the prohibition of any measures that may cause physical suffering or the destruction of persons protected by the Convention applies to any ill-treatment of civilians, and military power.