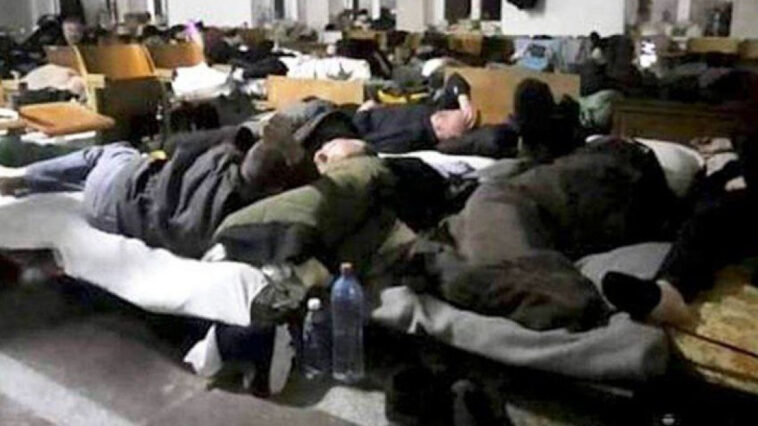 The occupiers are increasing the rate of deportation of men from bombed Mariupol to “filtration camps”.

Commissioner for Human Rights Liudmyla Denisova: Currently, according to rough data, there are about 4,000 people in such camps in Bezymenny and Kozatsky, Novoazovsk district, Donetsk region. Their number has doubled in the last two weeks alone.  None of those detained in the camps returned.

“The men are in horrible conditions, sleeping on the floor, suffocated and unsanitary, tortured and abused”, – said Denisova.

The occupiers claim that in July-August they will be “mobilized” to the ranks of illegal armed groups of the ORDO.  To do this, our citizens are forced to write applications for citizenship of a self-proclaimed pseudo-republic or russia.

Hostage-taking and torture are acts of terrorism under the Council of Europe Convention on the Prevention of Terrorism and War Crimes under Article 8 of the Rome Statute of the International Criminal Court.