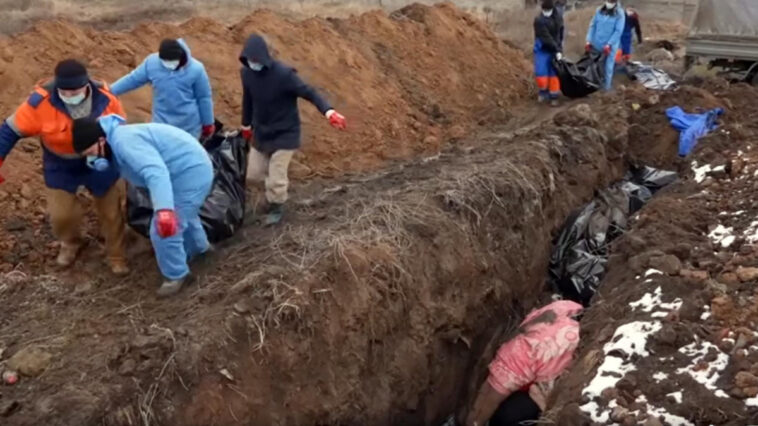 The Russian military in Mariupol are expanding the mass graves. Petro Andriushchenko, adviser to the mayor of Mariupol, told about it in his Telegram channel.

The Russians are preparing to expand the mass grave in the oldest city cemetery  “Nekropol” in the Central district. This is the fourth grave, spotted by the Radio Liberty journalists.

In addition, the occupiers use statements by the Ukrainian authorities about the threat of the epidemic to intimidate local residents.

“The Russians are using our warnings about the threat of an epidemic and have in fact launched a ‘series’ on the central channels of the Russian TV, like “We are local, we live here, we are afraid, we demand reburial.” They are announcing the expansion and preparation of new burial ditches,” told the adviser to the mayor of Mariupol.

Petro Andriushchenko noted that Russian propagandists intend to use mass graves to accuse the Armed Forces of Ukraine.

“After the work is completed, the Russians plan to use it for an information attack on Ukraine, accusing Ukraine of massacres and inhuman burials of Mariupol victims,” added Andriushchenko.

We remind, the city has been blocked by the Russian occupiers since March 1. The situation in Mariupol is terrible and continues to deteriorate.