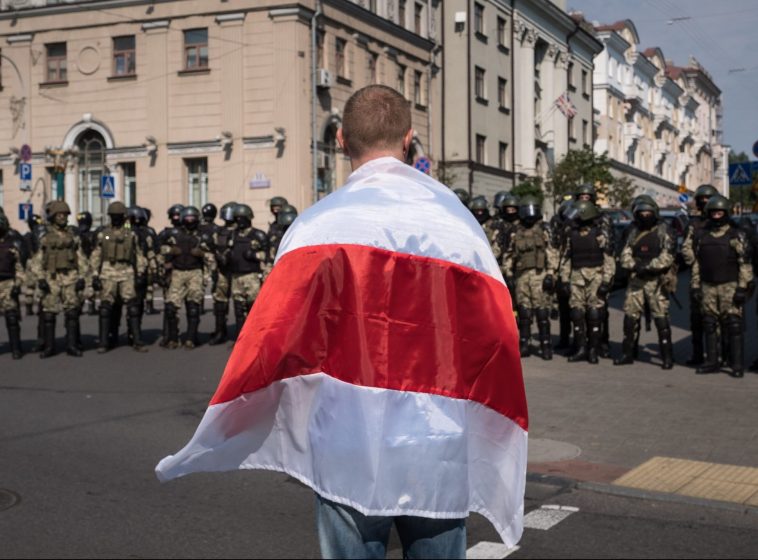 On May 30, Russia-backed militants violated the ceasefire four times, a morning report by the Joint Forces command reads.

OSCE: causes of civilian casualties in the war in Donbas. While a “ceasefire” can decrease the level of violence, threats to civilians stay, the OSCE Special Monitoring Mission to Ukraine said in a thematic report. Mines, unexploded ordnance, and other explosive objects were major causes of civilian deaths and injuries in Donbas.

Between November 2019 and March 2021, the mission attested 76 civilian casualties resulting from mines, unexploded ordnance, or other explosive devices. Twenty people were killed and 56 were injured. Over 85 per cent of the casualties were men (56) and boys (nine), the rest are women (10) and a girl.

In the same period of time, there were 66 casualties caused by the attacks from small arms and heavy weapons.

“The turning point was the enforcement, on 27 July 2020, of the Measures to strengthen the ceasefire, agreed within the Trilateral Contact Group (TCG) on 22 July 2020.  Between  27  July  and  31  December  2020,  the  Mission confirmed  three  civilian casualties due to shelling and small-arms fire, in contrast to 37 civilian casualties due to mines, unexploded ordnance and other explosive objects. While recommitments to the ceasefire can help ensure that there is a decrease in violence, the danger posed to civilians remains,” the OSCE mission said.

The mission also recorded over 34,000 mines planted on both sides of the contact line. Ukraine has been a country heavily contaminated with landmines, the report finds.

In a statement, Ukraine’s civil society stakeholders and media representatives have appealed to domestic and international institutions highlighting the danger imminent to the people of Belarus, and the Belarusian state, and the threat of authoritarianism looming over Europe. Ukraine Crisis Media Center is one of the signatories of the statement. Read it here in English.

Pratasevich and the war in Donbas: why Lukashenko tries to link the two

Belarusian opposition journalist Raman Pratasevich arrested after the plane he was on was diverted to Minsk on May 23, was accused by the Lukashenko regime of fighting in Donbas for the Azov regiment. It is unclear if the accusations were followed by formal charges. Pratasevich says he went to Donbas as a war journalist, his family and the Azov founder Andriy Biletskyi confirm his version. Why would Lukashenko need the Donbas twist in Pratasevich’s case? Is there any evidence of him fighting in Donbas? What stance should Kyiv take? Radio Liberty talks to the experts, here is what they say.

Who seeks to present Pratasevich as a fighter in Donbas and why? Pratasevich is accused of fighting in Donbas for Azov battalion in 2014. Those actions “fall within the definition of a terrorist”, head of the KGB (security service) of Belarus Igor Tertel says.

Curiously, the Russia-backed “Luhansk People’s Republic” (LNR) group brought forward identical accusations against Raman Pratasevich on May 27. The group’s so-called “office of the prosecutor general” started a “criminal case” against Pratasevich on charges of him fighting in Donbas for the Azov regiment. “While using heavy weapons (MT-12 anti-tank guns, D30 howitzers, mortars, and anti-aircraft guns), Pratasevich committed a series of violent crimes including attacks on residential areas that caused civilian casualties, and damaged civilian infrastructure,” the group’s web site reads.

Demonizing to punish. By bringing forward those accusations, the Belarus government that landed a plane on a flight between two EU member states and arrested two passengers, is making a tactical move, former deputy chief of Ukraine’s security service Viktor Yahun told Radio Liberty. “Lukashenko’s goal is to demonize Pratasevich as much as he can by accusing him of killings during the combat actions. Besides, in the West, the perception of the Azov regiment is ambiguous, and the motives of the Belarusian KGB are clear to me,” Yahun said.

“Ukrainian trace”: shared interests of Russia and Belarus. The governments of Belarus and Russia now have the same interests, their actions are synchronized based on the Russian model. That’s why the accusations against Pratasevich were drafted using Russia’s anti-Ukrainian propaganda, said member of the Ukraine delegation to the Parliamentary Assembly of the Council of Europe, MP of the “European Solidarity” (Yevropeiska Solidarnist) faction Oleksiy Honcharenko.

“Exposing a ‘Ukrainian trace’ is fully in line with the interests shared by Putin and Lukashenko, (Russia’s) FSB and Belarus’s KGB, they enjoy it. They present Pratasevich as a dangerous nationalist and a mercenary responsible for murders. They need to map the place of those ‘murders’. They also make use of the Azov perception that is often far from being positive in the West. Lukashenko is trying to justify himself in the eyes of the West,” the MP said.

“Russkiy Mir” as the Kremlin’s quasi-ideology

A piece by UCMC’s Hybrid Warfare Analytical Group about “Russkiy Mir” and its impact on Ukraine. Read it here in English.

Hybrid Warfare Analytical Group’s analytical piece on how Russia used the coronavirus pandemic in its disinformation efforts. Read it here in English.

By the daily deaths, Ukraine ranks second in Europe and 17th in the world. Health Minister Viktor Lyashko said the health authorities may ease the restrictions in summer.

The second shipment will include 216 oxygen concentrators. Personnel of Ukraine’s State Emergency Service are escorting the humanitarian supplies. Earlier, President Zelenskyi ordered sending medical supplies to India to help the country in the COVID-19 fight.