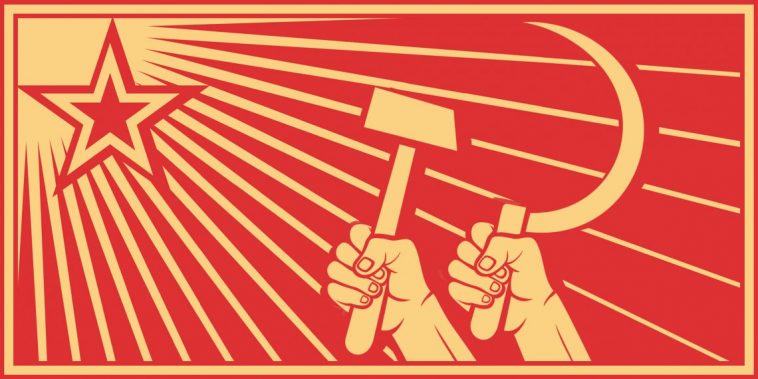 This article presents a brief overview of the country report entitled “Russian-Ukrainian “eternal brotherhood”: Revealing Russian disinformation networks and active measures fuelling secessionism and border revisionism in Central and Eastern Europe.”  Evaluating the focus of historical and territorial revisionism mainly promoted by pro-Russian media in Ukraine takes a brief look at the channels of the export of revisionist narratives, actors involved in media campaigns. The research also focuses on potential recommendations, taking into account the most recent measures announced by the Ukrainian government to counter malign information influence.

Historical and territorial revisionism constitutes an important element of disinformation as a communication system, since it has substantial societal polarizing potential and may ultimately be used to re-shape perceptions of national identity in a target society. This is precisely the case in Ukraine, explored in detail in the report entitled “Russian-Ukrainian “eternal brotherhood”: Revealing Russian disinformation networks and active measures fuelling secessionism and border revisionism in Central and Eastern Europe.” Revisionism has become one of the driving factors of disinformation campaigns perpetrated by the Kremlin and its local agents of influence. The ongoing Russian aggression and the annexation of Crimea in 2014 have shaped the revisionism discourse, focusing  mostly on the following narratives:

These narratives are not only apologetic regarding Russian policy towards Ukraine; they also bear an overarching purpose of questioning Ukrainian sovereignty as a nation and as a state. Whitewashing Soviet history that Russia has undertaken on a governmental level ultimately has the same goal of creating a sense of two (in this case) states belonging together. Such narrative justification of Russian geopolitical ambitions is masked with a perception of a once great superpower that was allegedly more efficient in the international arena and in providing welfare for its citizens than Ukraine is. Instead of assessing its totalitarian past and learning from its mistakes, the Kremlin chooses to glorify it – and to export this glorification along with other narratives to Ukraine. In a way, it serves as a meta-narrative built on a dichotomy of “Russia as an ally with a common history, culture and interests” and the “West as a foreign, imperialist enemy,” which, if shared by the audience, lays the ground for other revisionist messages.

This export of the Kremlin’s revisionist messages is made significantly easier by the structure of the Ukrainian media landscape, where fringe pro-Russian media thrive . Their success offline is enabled by the oligarchization of the playing field starting in the 1990s, which resulted in the ten of the most popular TV-channels being taken over by oligarchs. This situation, evaluated in the research, created a “fragmented horizontal” media space in Ukraine, whilst Russian media market has a vertical structure with a strict control from the top, exercised by the government. This discrepancy between the two leaves the Kremlin with a potential for coordinated and centralized disinformation campaigns executed through Ukrainian oligarchic TV channels without having sufficient safety measures in place in the form of independent editorial policies, clear adherence to professional standards and work ethic, as well as transparent financing. The situation becomes particularly dire when beneficiaries of a number of channels have explicit pro-Russian interests of their own.

Notably, a leader of key pro-Russian party “Opposition Platform – For Life” Viktor Medvedchuk has control over 3 national channels, which creates a beneficial climate for promoting Russian narratives in Ukraine. It should be noted, however, that Russian talking points are usually adapted to the taste of local audience and made less explicit to gain popular support for a more efficient dissemination. Online fringe media, in contrast, is not as preoccupied with toning the rhetoric down. Moreover, some of the flagship pro-Russian websites in Ukraine have been directly linked to the Russian government. Another key feature of the Ukrainian media landscape, which, among other things, makes the disinformation spill-over effect easier to materialize, is the phenomenon of “junk-websites.” They do not only enjoy high levels of popularity but do not follow journalistic standards, disseminating a mixture of political news pieces, tabloid news and paid-for information. Their role as proxies of Russian mouthpieces has grown substantially after the ban on a number of Russian media outlets in Ukraine. Based on the analysis of hyperlink-networks embedded into revisionist messages on fringe pages, we could conclude that the pro-Kremlin pages have established two distinct groups or sub-networks in terms of their status, connectedness and content-production in the Ukrainian media space – as seen on the network graph of pro-Kremlin websites below.

Openly pro-Kremlin homepages, such as rusvesna.su or alternatio.org, were banned by Ukrainian authorities for their clear-cut pro-Kremlin rhetoric. Thus, they resorted to a “circumventing” dissemination strategy that either relied on connecting to other hard-line pro-Kremlin homepages or social media platforms on Twitter or Facebook to reach their Ukrainian target audience. A second set of pro-Kremlin outlets, such as gordon.ua or strana.ua, would try to present themselves as “mainstream media” by employing some standard of classic journalism, producing soft pro-Kremlin messages and connecting with recognized Ukrainian and international media as well, such as Reuters or the BBC. The common denominator of both sets of pages is their extensive use of official Russian news agencies such as TASS, RIA Novosti and RBC for reference.

While the study carefully explores media networks and how pro-Russian fringe media amplify each other’s influence, it should be noted that historical and territorial revisionism is also facilitated by a number of other actors. In particular, they include the Russian Orthodox Church and its subsidiary, the Ukrainian Church of Moscow Patriarchate, which has been fuelling the “Russkiy Mir” ideology, “soft power” institutions akin to Rossotrudnichestvo and “Russkiy Mir Foundation” and a network of local contractors that often use scientific, cultural and educational events for promoting historical revisionism.

The obvious recommendation stemming from this assessment is to enhance the transparency of Ukrainian media, and the first step to achieve this is amending current legislation. The system currently in place is ill-fitted to deal with modern challenges, as it is mostly the legacy of the 1990-2000s. Attempts have been made to develop new legislation specifically to counter disinformation, but the concept of the bill suggested by former Minister of Culture Volodymyr Borodiansky has been heavily criticized for creating opportunities to suppress the freedom of speech instead of tackling the problems at hand. In the aftermath of heated discussions, no further steps have been taken in this direction, which leaves all the existing problems in place. The National Television and Radio Broadcasting Council of Ukraine has proven to be rather ineffective so far in dealing with the largest local hotspot of disinformation, including the promotion of revisionist narratives by Medvechuk-linked channels.

The most recent action taken by the Ukrainian government to step up its game in the battle against disinformation is  about the establishment of  the International Office for Countering Disinformation and Propaganda in Kyiv. Should this initiative be properly implemented, it would mark a step forward; however, at the moment its prospective expertise appears questionable mostly due to what looks like an absence of a clear strategy on behalf of the government. It is yet unclear whether the institution would focus on enhancing resilience or solely on countering disinformation, how the disinformation expert community would be involved and what mechanisms the center would have to implement any substantial change. Moreover, the government needs to improve its own communications first. The Ukrainian president and his entourage consistently use vague and ambiguous wording on Russian aggression, often neglecting the basic principle of “naming and shaming” the actors responsible for spreading disinformation in Ukraine. They also have not paid enough attention to the problems of historical revisionism, focusing solely on the territorial aspect of Russian aggression and neglecting the wider implications of disinformation that undermines Ukrainian national identity and polarizes society.

Another crucial aspect is not to forget that while the southeastern regions of Ukraine indeed remain more vulnerable to disinformation and have initially been included in the “Novorossiya” project in 2014-15 aimed at creating more pro-Kremlin puppet republics, it does not stipulate that Central and Western Ukraine have innate immunity. The underlying sources of potential tensions with Ukraine’s Western neighbors, mostly Hungary, should not be ignored, as Kremlin is known for fueling tensions between Western partners and Ukraine – as is the case with Ukraine and Poland. Additionally, while the Kremlin uses WWII as one of the revisionism foci points in Ukraine, it has been demonstrated by other country-reports within the framework of this project that the events and legacy of WWI may become a similar target, potentially being exploited by the far-right and becoming a source of territorial tensions. As the Ukrainian case highlights, commemorative events and even the historical exploration of the period are almost absent in the Ukrainian media and political discourse, which creates an information vacuum that may always be easily filled with disinformation. This perspective should not become another blind spot for Ukraine. Just as information warfare is multidimensional, adaptive and known for exploiting the specific – even regional – vulnerabilities of a target society, the response to it must be equally all-encompassing and strategic.